Baie de Hann is an ASSET not an open SEWER !!!

This second session was attended by representatives of The National Office for Sanitation in Senegal (ONAS), Hann Bel Air municipality, the Office charged with the promotion of Small and Medium Enterprises (BMN), the Directorate of Environment and Classified Establishments (DEEC), the civil society "Hann Bay keeper" Association and the Senegalese music group " Les Frères Guissé," initiators of The Hann Bay Environment and Culture Festival.

The speakers explained the clean-up challenges of Hann Bay to the audience. The Bay, once known as one of the most beautiful beaches of Senegal, is now among the most polluted in West Africa. Hann Bay, once the world’s first sandy bay, is a 13 km strip of land from the Dakar Port (PAD), home to a local population of about 500 000 inhabitants from Mbao,  Diamaguene, Sicap Mbao, Dalifort Ferail. It is, presently, the first industrial zone in West Africa and location to about 70 - 80% of Senegal’s industries.

Hann Bay’s pollution is caused by industries and local residents discharging solid and liquid waste on the shores, while the marine pollution is caused by derivative waste and rotting seaweed borne by ocean currents from the coastlines to the Bay. The ONAS has been informed of the non-provision, by Dakar local authorities, of a differentiating sanitation system for Hann Bay. Rain and waste water empty into ONAS-managed channels, though water channel management falls on the municipality. The discussions highlighted the lack of responsibility from the often inactive local authorities.

Contributions by panellists showed that the Bay’s clean-up project could be successful:

- pollution sources in the Bay have been identified and understood by national experts, particularly from the academic community, and

- polluting industries have been listed (5 identified companies in the zone are responsible for 70% of the pollution), and all studies on ocean currents, dispersion, and characterization of Hann Bay’s industrial waste, as well as analysis of applicable pricing systems have been carried out.

However, problems likely to delay the project were mentioned and include:

- lack of communication and involvement of local residents and authorities, public technical departments and associations working to solve the pollution problem in the Bay,

- absence of sharing and dissemination of scientific research results presented to technicians and policy makers, as well as resorting to foreign expertise to the detriment of local expertise in the project,

- problem of non-differentiated water drainage channels and use of unauthorized channels by locals (inappropriate behaviour); for ex. the remediation project targets only liquid waste leaving the solid waste problem unaddressed!

After the discussions, suggestions and solutions were proposed and include among others:

2) empowerment of riverine residents who, through inappropriate behavior, contribute to the Bay’s unchecked pollution. They should be sensitized on the degree of damage from their polluting acts especially the unrestrained disposal of solid waste,

3) encouraging industries to join the Bay’s clean-up project using technical advice and financial support such as offered by the Program for the Small and Medium Enterprises. Companies can, thus, set up their own wastewater pre-treatment system before connecting to the main collecting station – planned in the project - linking to the future wastewater treatment plant discharging into the sea via a 3 km long emissary,

4) complying with applicable standards in Senegal’s Environmental Code (especially the NS 05/61 standard on liquid effluents), and monitoring, each semester at industry level, a pollution parameter called Wastewater Polluting Charge on which a tax on pollution load will be imposed to contribute to operating costs of the future wastewater treatment plant  under this project. Sanctions should be effectively applied,

5) resorting to the transfer and dissemination of research results from national experts,

7) informing people of the project’s progress, and providing information on the benefits and risks of the emissary, just 3 km from the sea.

The debate led to a better understanding of the Bay’s pollution problem and control project which should, after years of delay, start in August 2015. The debate also led to two conclusions:

1. The Bay’s first asset is its riverine population ! 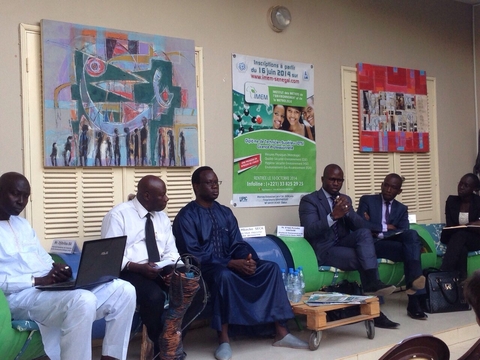 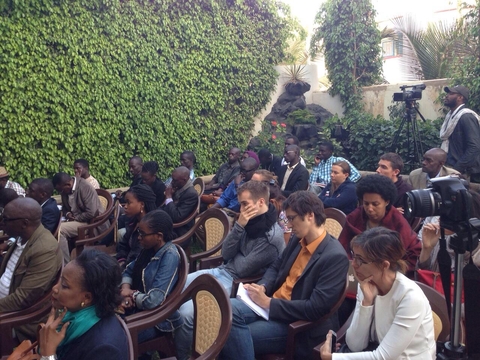 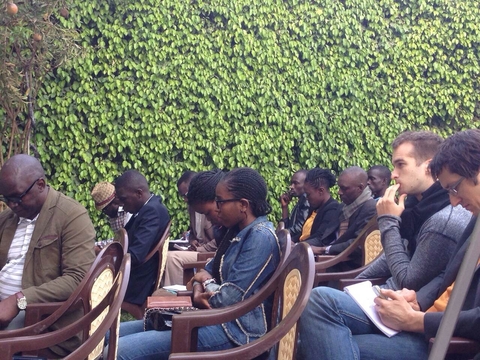 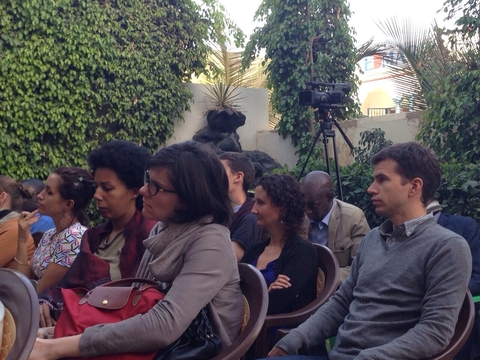 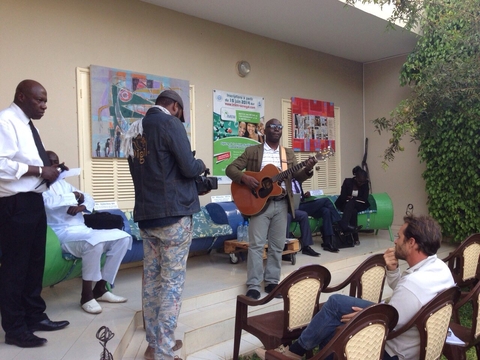