Green Talks audience members describe Green Talks as a meeting place of “those who want to but cannot and those who can and do not”. This third session was just such an example. Representatives from the tourism sector, two hotel owners and operators of Saly (a coastal station in Senegal) resorts, called the representatives from the Ministry of the Environment to action.

The two represented tourist resorts in Saly offered devastating examples of the socio-economic consequences of coastal erosion not only for the tourism sector but also for local populations: in the last 10 years, the Espadon hotel lost its beach and was forced to close its doors. Its 39 permanent and 40 seasonal workers are today, unemployed. The owner of the Teranga hotel remembered when in 2002 its beach was larger than a football field. The beach served the Senegalese national football team as practice space for the infamous 2002 World Cup where Senegal defeated France and qualified for the quarterfinals. Today, 12 years after, these glory days are long over: there exists 0 cm of beach space, not even enough for a single person to work out!

According to Senegalese geology expert and representative of the research institute CEREEQ, Mr. Lô, the consequences of costal erosion are certainly reversible but above all preventable. He offered examples of solutions found in the Netherlands and Japan, but also the Big Mosque in Casablanca in Morocco built on an artificial coast. Mr. Lo confirmed that coastal erosion is a natural phenomenon, but amplified by humans: the first dam built into the Saly port began the destructive process on the Senegalese coast. The representatives from the tourism industry confirmed that in absence of a holistic country vision and long-term program to deal with coastal erosion, they were each forced to invest in individual solutions aimed at saving their own businesses and staff employment. Unfortunately, these individual solutions quickly became self-destructive triggering erosion further down the coast.

The representative of the Ministry for Environment, Mr. Bâ, attempted to reassure both the private sector and the general audience: the Senegalese government is currently developing a 22 million USD project financed by the World Bank aimed at the restoration and protection of the beaches in the Saly tourist resort. The objective is to construct 9 wave breakers to protect 1,5 kilometres of coastal line. The Ministry has also drafted new laws on coastal management, which among other measures bans the extraction of beach sand for construction.

However, Mr. Bâ confirmed that the needs remain huge and urgent. According to the Senegalese Minister of Environment, several cities in Senegal are condemned to disappear into the sea.

Panel participants and audience members agreed that the phenomenon of coastal erosion in Senegal has been both researched and documented for 10 years and that adaptation is possible. Action is needed with clearly defined responsibility of various stakeholders. This action must begin with the elaboration of a holistic vision developed and elaborated by government, scientists, civil society and private sector.

The conclusions of this 3rd edition of Green Talks offer a good basis for sustainable solutions:

- We can’t stick our heads in the proverbial sand: the few meters of protected beach by the Senegalese government represent only the beginning of a response to the challenge. We need a holistic solution that promote a long term vision;

- Any holistic solution should necessarily be based on recognized land right and settlement policies and address the consequences of the natural and human phenomenon of coastal erosion;

- In line with the above, the draft law on coastal management needs a multi-sectorial approach, i.e. beyond just environmental sector; the law needs to integrate the social and economic dimension of land usage and rights;

- All future tourism projects on the Senegalese coastline, in particular the new tourism resort at the Point Sarène, part of the Presidential Investment Plan, needs to integrate the learning from the coastal erosion in Saly;

- With the financial support received from the World Bank, and after approval by scientists, the Senegalese government should immediately start the construction of wave-breakers;

- Land planning should allow for valorisation of the coast line with the participation of users and the private sector, e.g. the creation of public green recreation spots;

- The debate led to a better understanding of the coastal erosion phenomenon in Senegal and the elaboration of practical solutions. Furthermore, the audience gained a better understanding on current efforts by the Senegalese government and the private sector.  We need to ensure that the draft law promotes the solutions listed above and that the future law will be enforced. 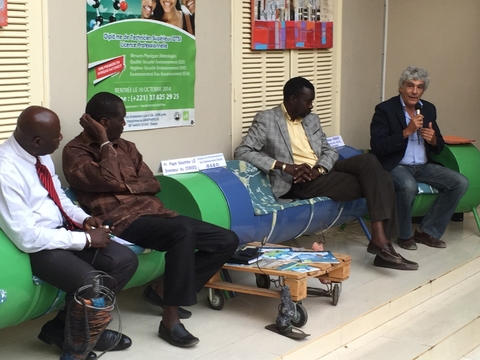 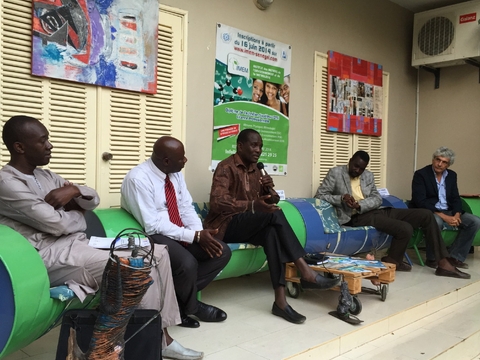 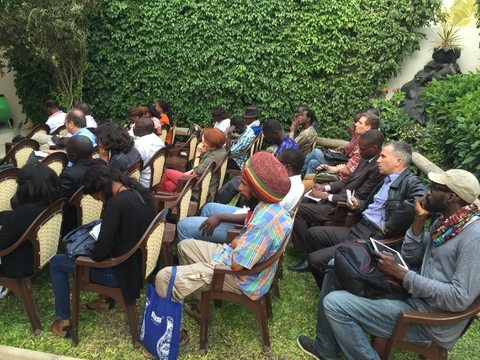 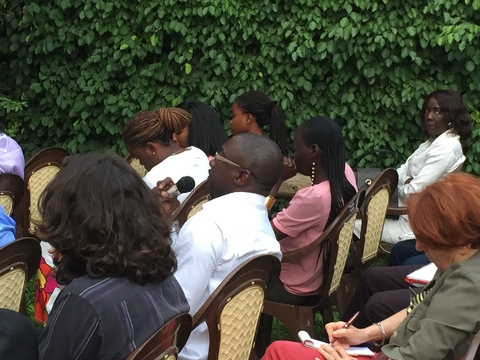 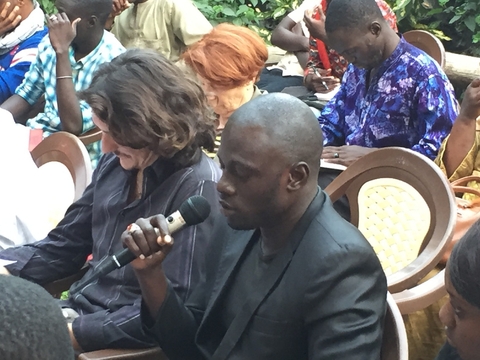