For some time now, some major changes can be seen along the Mauritanian coast. The coast line tends to recede progressively.  Often during the year, certain villages are isolated due to flooding by the sea and this does not happen only during periods of high tides in the year. Breeding colonies of certain Spoonbills are automatically flooded and this phenomenon is becoming particularly worrying because of the endemic subspecies of Spoonbills - the Platalea leucorodia balsaci.  Bird colonies in the islands of Cheddid and Touffat have been deserted for some years now and on the islands of Nair and Zira, nests are often flooded.

To stop this tendency, the PNBA has set up, in the past with the support of several international partners particularly the International Foundation for the Banc d’Arguin (FIBA) and in strict collaboration with Nature Mauritania (NGO) and the youth association of Iwik village, nesting platforms on these islands.  Concerted efforts have been made in recent years to reinforce the sand barriers on the island of Nair and these have yielded very encouraging results.

From the 28th to the 29th of November 2012, youths from the Iwik village and from the Association of Friends of the Banc d’Arguin welcomed the organising team that came for the reinforcement of the sand barriers in the island of Nair. Forty (40) persons participated in this activity including about 30 men and women from Iwik village, the Nature Mauritania team as well as participants from the PNBA and the FIBA. The participants reached the island of Nair by « lanches », the traditional Imraguen sailing boats, where 600 sandbags were placed at the different crevices made by the sea and around the Spoonbills’ nesting area.

This action will need to be carried out soon again to consolidate the work that has so far been carried out. FIBA has already provided 1,775 of the initial budget of 2,675 euros.

Help us to finance the gap of 900 euros! 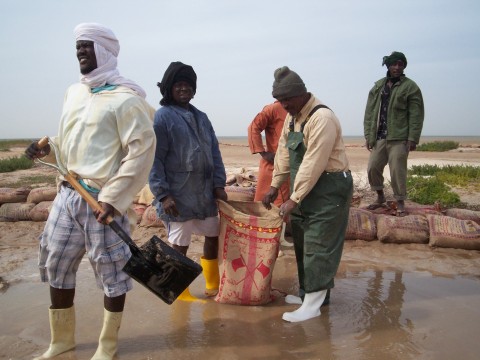 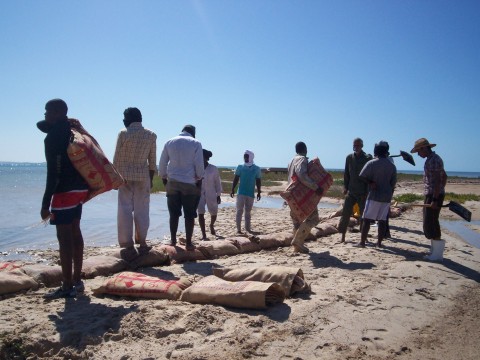 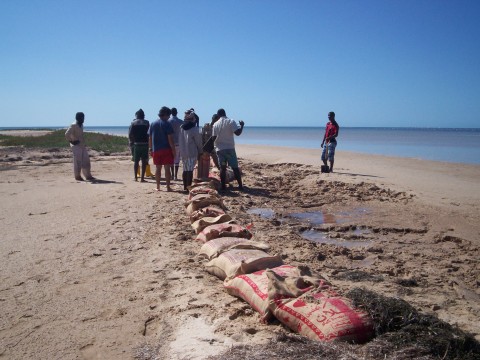 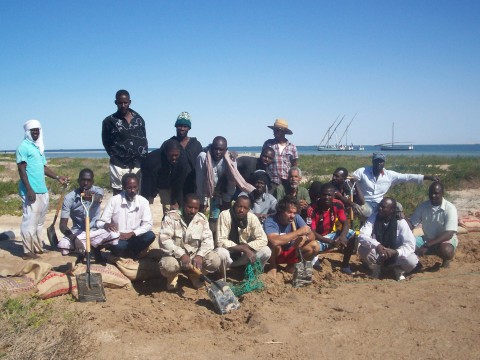 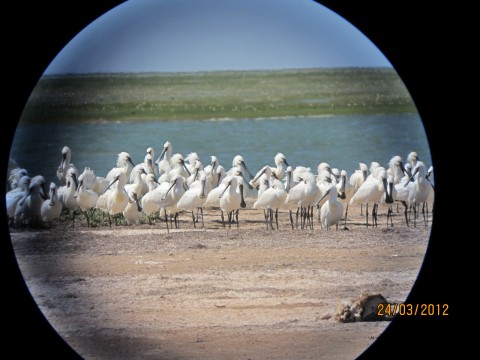