The Ficus tree, also known by its scientific name, Ficus gnaphalocarpa, is a species of the Moraceae family and of the Ficus genus. Its Diola name is Nifoufina fourka. Ficus gnaphalocarpa is native to Central Africa and can be found from Senegal to the Northeast of South Africa. The tree generally grows in rich soils, along rivers and in mixed forests. The species propagates well, whether naturally or from cuttings. Unlike the “choker fig tree”, Ficus gnaphalocarpa develops by itself, without the support of another tree and grows to a good height. It is a very common tree in Casamance.

The fruit of the ficus, figs are often covered by insects. They are nevertheless a treat for green pigeons, snakes and humans. The bark, mixed with hot water, cures coughs and hypertension. The sap of the plant is used to heal wounds. When mixed with ash it becomes ink for tattoos. Children also use it to paint their faces when playing traditional games.

For the Peul people, the ficus is a protected species. It is forbidden to cut them down. One can only extract the sap and use it as writing ink. 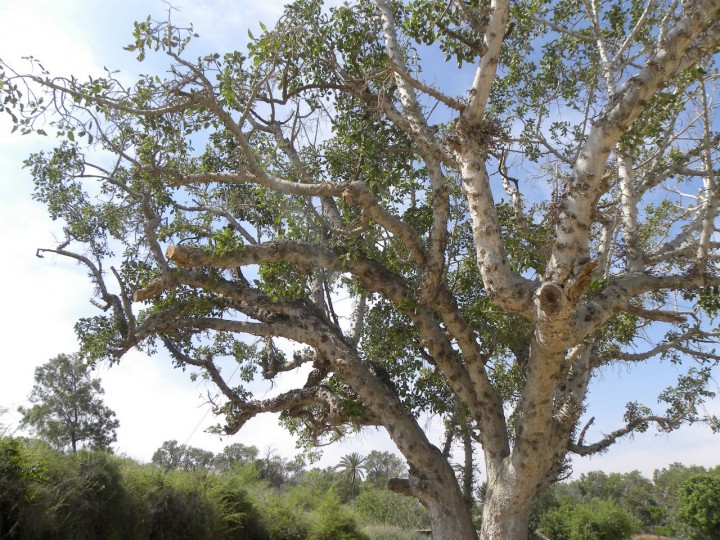 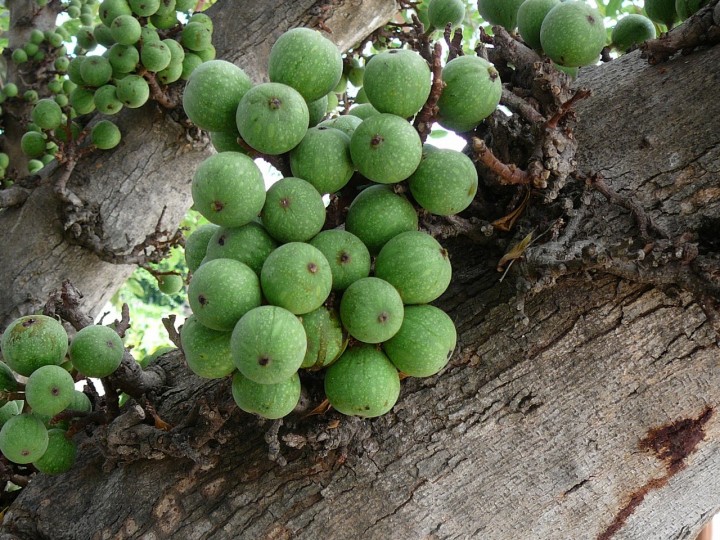