For a sustainable artisanal fishing

Dakar, June 9th 2012, the Conference of West African Fishery Ministers (Commission Sous Régionale des Pêches, CSRP) just finished its 13th session. The Ministers decided to include the artisanal fishery into the Praia convention aiming for a sustainable fishery management. This is more than necessary. Until recently, only industrial fishery was seen as devastating to the fishery resources. The artisanal fishery was seen as “ancestral method of fishing” and per definition (or tradition) as sustainable. But since the migratory fishery resources, alike the sardinella (« yaboye » en wolof), becoming rare, the mid set starts to change …

Saint Louis 26-28 mai 2012, the season of sardinellas’ catch is at its pick. Trucks are queuing at the shore where artisanal fisher boats (pirogues) are queuing to disembark the yesterday night’s catch of sardinellas. Fish is first disembarked on the beach, and then put into buckets, made of dried leaves, covered with ice and then loaded to the trucks, which bring the fresh fish to the markets in the capital city of Dakar and to the cities up country. All this process is artisanal and manual. Because of its high protein provision, fish ranks high in consumption basket of West African populations, especially the poor.
Therefore and because of “ancestral manual methods” one would think that the scare fishery resources are being treated carefully. Unfortunately not: Once the trucks and the boats left the sea shore reminds of a “day after” some kind of a fish catastrophe or disease.

The pictures are shocking. It’s clear more than ever; we need to stop this kind of natural resources’ degradation. We need to deal with the challenges bottom up and support local sustainable fishing initiatives. Already a small effort can have a big positive impact. Ecofund will boost your efforts.

Soon, we will launch our Ecoforum, which will give you the voice to alert, debate and together to find solutions for a sustainable artisanal fishing. Join us now and post your impressions, experiences and ideas on our Ecoblog and our Facebook, for our green future! 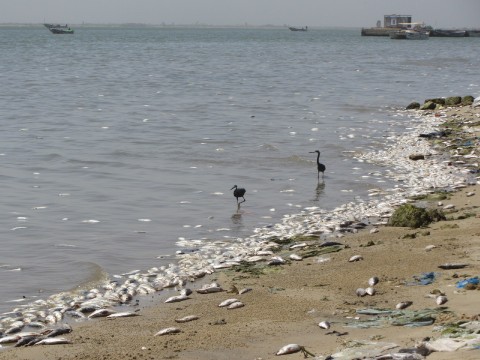 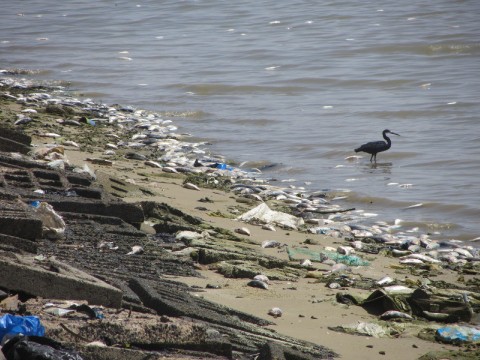 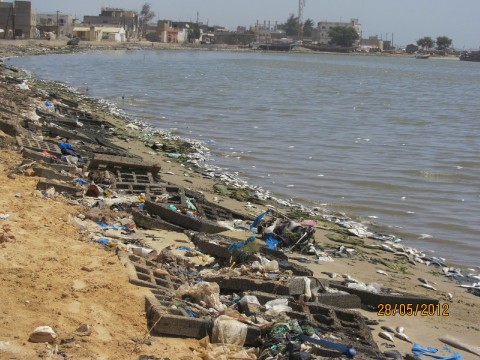