The beach in Dakar, Senegal at Virage, east of Ngor and facing north-west into the Atlantic, is included within the Cape Verde Important Bird Area and we are lucky enough that our roof terrace looks out across just to the east of it and provides some elevated opportunities for watching for seabirds and dolphins between the prosaic activities of hanging out clothing to wash.

Yesterday morning, a 30 minute watch was remarkable for the sighting of another adult or second year Franklin’s gull flying north, after the run of observations of this American species in Dakar this summer, and a large whale of unknown species moving south.

The sea was flat calm and my limited experience suggests that observations of large whales in September and October when the sea conditions make observation possible are not uncommon. This one blew vertically and rolled twice, giving me only enough information to say it was not a humpback or sperm.

The beach is usually too busy with people for many waders, but two bar-tailed godwits fed rapidly at the edge of the rising tide, just after low tide.

This ringed plover nearby shows the yellowish legs, brown head (no black) and incomplete breast band of a juvenile.
A few northern wheatears have been migrating along the coast over the past two weeks. This one was on the beach. 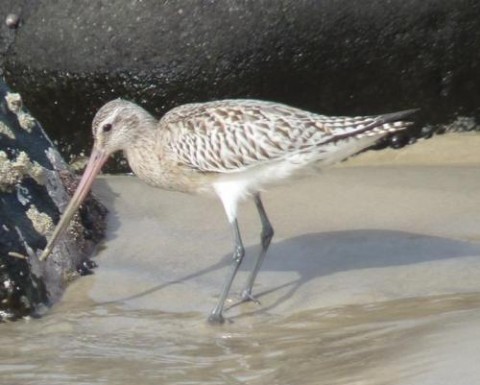 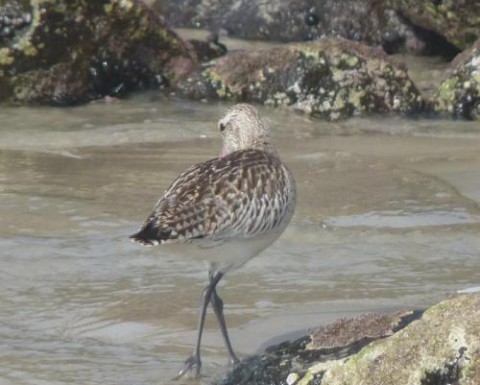 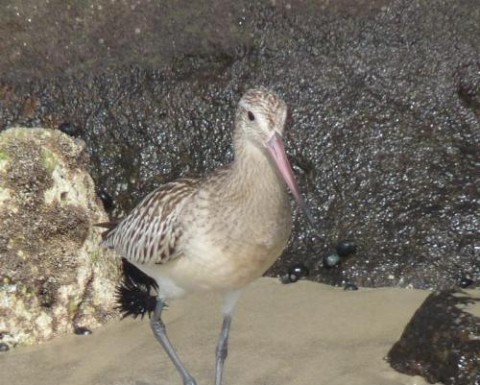 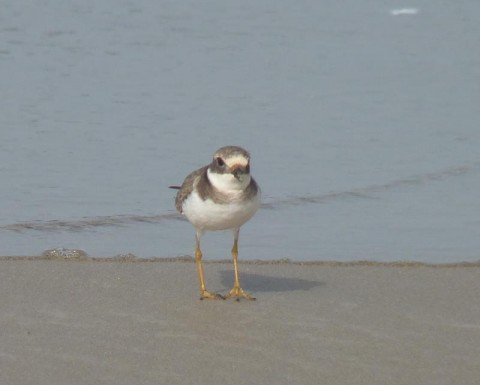 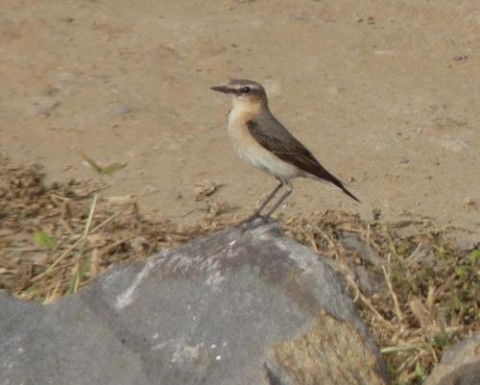