› Startseite › Grüne Neuigkeiten › Ecoblog › Plastic bags or paper? Not quite that simple ?!?

Plastic bags or paper? Not quite that simple ?!?

On Wednesday, February 25, 2015, IMEM and Ecofund inaugurated "Green Talks," a series of public debates, billed for the last Wednesday of each month, covering environmental topics. The series allows for different sectors of society - private sector, citizens and public authorities - to brainstorm and make decisions on the addressed issue.

Prof. A. Tijani opened the discussions evoking the advantages of plastic - its adaptability, safety, low energy consumption, low cost of sale and often free distribution. This has led to its extensive use in all sectors, and it becoming an environmental problem through its adverse effect on the environment. In addition to being an eyesore, plastic waste has disastrous impact on both health and biodiversity.

For Hawili Ibrahima, the Chief Executive Officer (CEO) of SIMPA - a company founded in 1958 specializing in the manufacture of plastic packaging, the issue is often presented as a conflict between industrialists and the environment. He believes it is important to "determine responsibility while promoting dialogue." Mr. Hawili condemned being "stigmatized" as a plastic manufacturer even though the plastic waste in Senegal consists of black bags with straps manufactured outside Senegal and imported without official regulation. He also pointed out that plastic manufacturers are job creators, as the industry alone accounts, in Senegal, for over 300 billion FCFA/annum.

For Yves Cremieux, CEO of RUFSAC (founded in 1978 in Rufisque) which specializes in paper bag manufacturing, paper bag production from natural and biodegradable materials is an asset. Paper bags can, indeed, be recycled after use for wrapping and burning. However, this industry requires huge investments and relies on the availability of water and wood. The audience immediately responded by questioning the condition of the wastewater from the manufacturing process and evoking the devastating consequences of such an industry on forests. For Mr. Cremieux, limited exploitation is required to enable forest owners to obtain the Forest Stewardship Council (FSC) label, which ensures that timber processing follows procedures for sustainable forest management.

This “Green Talk’ theme "Plastic or paper bag", seems to argue for a choice between paper and plastic, but there is no conflict between the two sectors. Paper is a feasible alternative to but not a true substitute for plastic. Paper bags can, nevertheless, reduce the proliferation of plastic bags in Senegalese cities and villages.

Coincidentally, during the “Green Talk” debate, the Council of Ministers approved the draft bill banning the manufacture, sale and distribution of plastic bags of less than 30 microns (black bags). According to Messrs. Hawili and Ba, Secretary General of UPIC (the Senegalese National Employers Association (CNP) regrouping Industrialists), the bill was drafted with the support of plastic manufacturers.

The private sector also contributes towards reducing plastic waste. For example, SIMPA conducts research to produce biodegradable plastics and recycled 3,200 tons of plastic in 2014. Recently, SIMPA launched Recuplast, a recycling network, at Sicap Mbao by investing 3.5 million Euros. Other initiatives include the Proplast network, in Thies, involving more than 1,800 collectors. This is important to remember!

Meanwhile, what is the responsibility of citizens and plastic users doing?

Towards the end of the debate, it was clear to the participants that the plastic problem was neither a problem of over production nor a problem of just plastic versus paper. Litter generally including water bottles and the infamous Touba coffee cups, are carelessly thrown everywhere.

Beyond the degradation of the environment, this behavior renders plastic collection difficult and costly, thereby limiting plastic waste recycling.

It was agreed that there must be a change in behavior, that teaching ecology or at least basic attitudes to protect the environment are necessary, that throwing everything and anything in the streets regardless of the inconveniences caused (visual pollution, obstruction of rain water evacuation drains, poisoning of the land and cud chewing animals) must be stopped.

Conclusions from the discussions were as follows:

- Free plastic bags should be banned in order to "internalize" – based on the "polluter payer" principle - the costs of collection and recycling;

- This will help in using plastic waste to develop a green economy and create jobs;

- Above all and from henceforth, consumers should be encouraged to throw garbage in the trash bin and not in the open.

This debate provided a better understanding, to participants, of the plastic waste problem and a better context for the draft bill on plastic bags. Though the bill was adopted the same day by the Council of Ministers, it still remains to be ratified by Parliament and most especially to be adhered to by the general public. 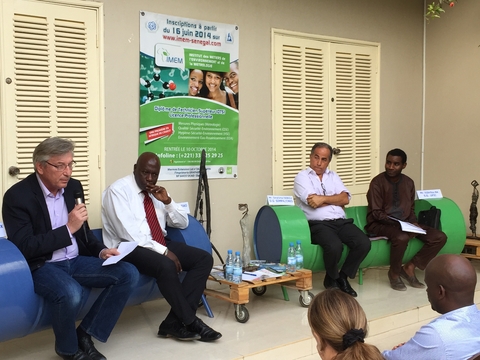 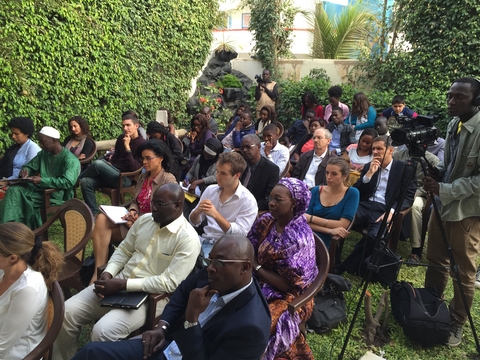 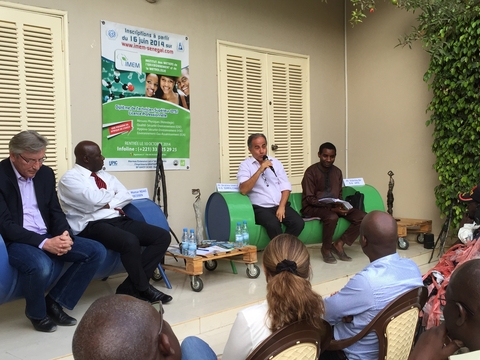 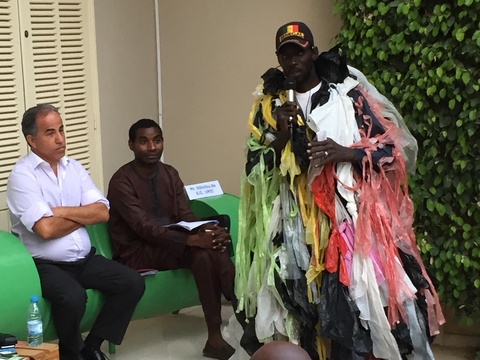