“The Prophecy” revealed in Pikine

On the 4th of June 2014, on the World Environment Day, urban culture artists and the public present at the Festa2H Festival in Pikine, Senegal, which was organized by the Africulturban Association, joined our Ecofund Community to act for the protection of our environment. Inspired by “The Prophecy” project , which connects art and ecology, graffiti artists, Docta, Big Key, Madzoo and many others, “painted” the walls of the L.S. Senghor Cultural Center in Pikine, with murals representing threats to the environment in Senegal and West Africa. The murals call for a radical change of our mind set and our behaviour (for example, to stop throwing plastic coffee cups into the nature).

The art performance was enriched by a “free style” discussion on problems and solutions between the artists, the population, Pr Adams Tidjani (VIE), the ecopartner of “The Prophecy” project, project initiator and the art photographer, Fabrice Monteiro, and Ecofund. Poetry slammers, like Moustapha from Africulturban, Guis MC and Sall Ngaary “summarized” the discussion by interpreting the surrealist photos of “The Prophecy” project; the atmosphere became electric when hip hop dancers “invaded” the scene and invited all Festa2H Festival participants, made up of Senegalese, French, Spanish, and Danish nationals to join them.

The celebration of the World Environment Day was concluded by Lamine Mbengue, a Senegalese storyteller and praise singer (griot), who improvised a story based on the making-of the film for “The Prophecy” project which was projected by Mobiciné. The children present in Pikine listened attentively to Lamine’s story. We are confident, that this future generation have learned a lot about the need to protect our natural environment.

Enjoy the images of the event in Pikine below and on our Facebook page; moments to be re-created in other neighbourhoods and cities in Senegal!

Our series “The Prophecy revealed in …” continues, and the next stop will be the walls of the highway in Dakar thanks to the collaboration between Ecofund, Doxandem Squad and SENAC S.A. 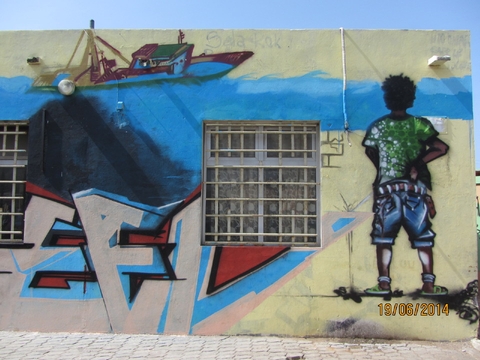 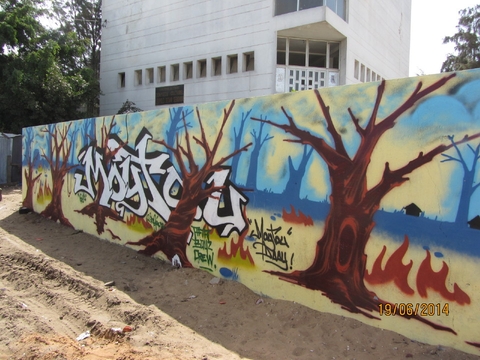 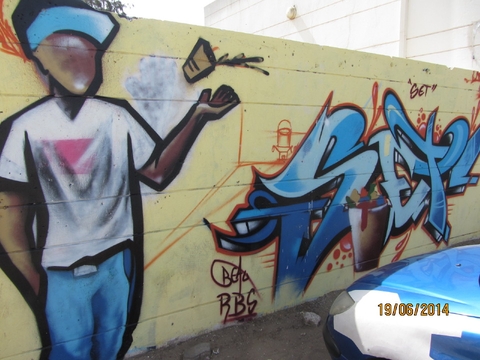 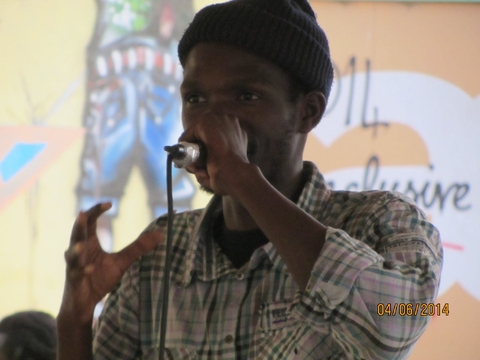