On the World Environment Day we want to share with you an “open letter” which we received from one member of our Ecofund Community in Senegal.

City in Thies built on a centuries-old Baobab cemetery: Human madness or the price to pay for economic development ?!

"You, the Baobab, you, the trees, you were there before us. Hundreds, even a thousand years before us.

We in the most absurd madness, in a flash of time, destroy this, our natural heritage on earth.

Yes, behind the Livestock Commission, Thies West is cutting down dozens of centuries-old baobab, millennial-old baobab. They are destroying the breathing green lung of West Thies and nobody acts. And the Baobabs are being murdered monstrously, one by one.

In bulimic land-grabbing logic, everything can and must be devoured. And so because there exists available hectares between the railway and the base, between the bypass and the Livestock Commission, there is the madness of raising a constructed city everywhere and at all costs. But why can’t a Baobab, centuries-old, millennial-old live?

Must every square centimetre of surface be filled? Can no small space breathe with trees?

There is the rhetoric of Senegal’s public authorities and elected representatives but still there is this deliberate destruction. We put our names to charters for the environment and for sustainable development. It is good, it is paper. And yet in real time, in practice, it does exactly the opposite. Who will explain to me how the destruction of an entire unclassified forest can be authorized, so that there are almost no forests in northern Senegal?

The city Sidack Thies Villeneuve will be built on a cemetery, the Baobab graveyard of Kadd, the conscious destruction of an entire ecosystem, for financial reasons, for greed.

In Thies, there is no shortage of land that can justify this destructive madness. Around the city there is enough land, negotiations to be made between Thies and its neighbouring municipalities. There is no reason for this destruction.

I do not know who owns the land, the Livestock Commission, the railways or even the town of Thies. Only it is not about the owner of the land, but the destroyers of the land that grew this forest.

I do not know the laws that govern the environment, but can the madness of greed be allowed to destroy our ecological heritage?

Two spaces are still spared: south and north of the destroyed land. I call on the authorities to protect them, to keep them, keep them, as a park, as a small green breathing lung of the new cities being constructed.

But because greed is stronger than fifty living, breathing Baobabs, I know this appeal is in vain." 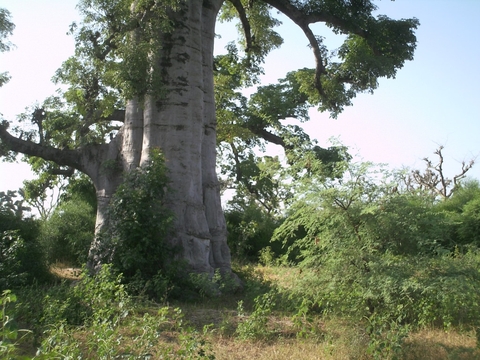 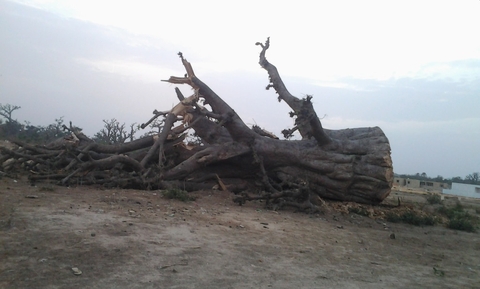 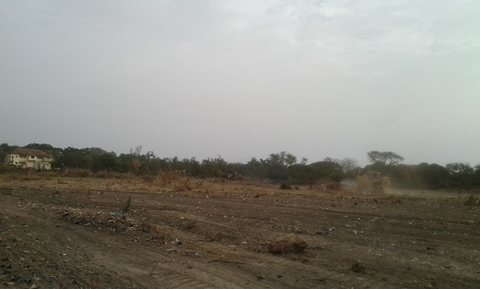 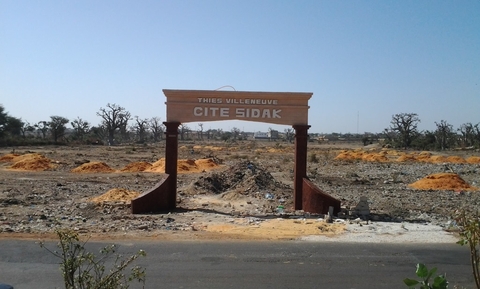