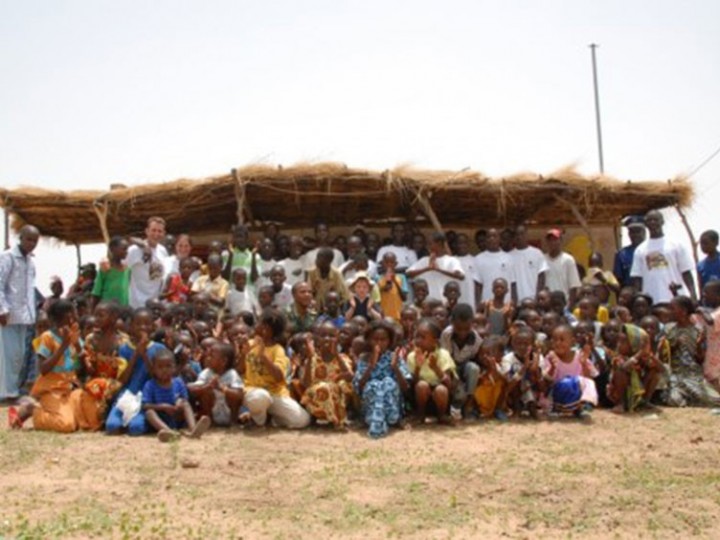 The Future Geniuses Competition is a televised game that is widely broadcasted in West Africa. Two different schools compete against each other and each school’s team is required to answer questions on general knowledge very quickly. This game is quite popular in Senegal and winners are national celebrities. Secondary school pupils in the small town of Ranérou watch this program and would all love to participate.

Ranérou is the main town in the Ferlo region, which is a lowly-populated and vast Sahelian territory that is still preserved in the North-East of Senegal. It also provides access to the Wildlife Reserve of North Ferlo, which is the second largest protected reserve in Senegal. Education on environmental awareness is sparse in this part of the country and it is for this reason that a participative management of the Ferlo’s biodiversity is being sought for in this project. Indeed, organizing the Future Genius Competitions “environment special” at Ranérou with the secondary and college students will be an excellent playful way for them to discover the environmental specificities and to understand the threats of the Ferlo. Deforestation, bushfires, poaching and gathering of deadwood or even overgrazing and the disappearance of certain species such as the turtle, ostrich or gazelle are subjects that will be focused on during this game. Relationships between animals will also be discussed so that the children will understand the importance of a rich ecosystem. This project is part of a bigger one, which aims at protecting the furrowed turtle (Centrochelys sulcata) and its habitat in Senegal. It also presents an opportunity for the young people to discover their environment and ecosystem that are greatly threatened by human activities. The furrowed turtle suffers the same threats as the whole ecosystem that it belongs to: desertification, overgrazing, and destruction of the habitat. These threats are, however, not yet irreparable in the Ferlo and only quick awareness can stop the massive loss in biodiversity.

This competition also aims at promoting knowledge on the local environment and on the Sahelian biodiversity. It will enable the pupils to know their region better and encourage them to become protection ambassadors for their native Sahel. From now on will the pupils will learn, especially for their future as adults, that it is useful and important to protect our ecosystems.
Each child that participates in this competition is already a winner. Each one of them will receive a T-shirt with an emblem of the competition as well as a message on the protection of turtles.
The team that places 3rd will receive pens and notebooks for the school year of each participating pupil.
2nd place winners will receive pens and notebooks required for their studies as well as a textbook. Although the choice of a textbook has not yet been determined, the subject will be on the Sahel, biodiversity or turtles and will be adapted to the educational level of the pupils. Finally, the winning team will receive pens, notebooks and textbooks and get to spend a whole day at Katané (the reintroduction site for turtles) with the turtles’ monitoring team. There will be radio-tracking of turtles in the morning, lunch with the officers of the National Park and discovery of their daily activities (surveillance, awareness on the environment, and support to local populations on poverty-alleviation projects) and then, the afternoon and evening will be dedicated to discovering the savage wildlife and flora of the protected zone.

Mr Sagna is professor at the college in Ranérou. He is the torchbearer for all the pupils who wanted to organize this competition. He is involved in all the cultural and environmental activities of the college. Concerned for the future of his country’s biodiversity, he would love to create awareness amongst his young compatriots on the protection of their natural heritage. As he is close to these youth, he works tirelessly every day to prevent the disappearance of the Ferlo’s biodiversity and to get the pupils to discover, know and love this biodiversity.

This « Future Geniuses » competition will last for 4 months and will start off as soon as the budget is available with the preparation of the pupils for the competition which will take place after the end-of-year examinations. Your donation will help in preparing the pupils and in organizing the competition (rental of tarpaulin and chairs, whistles etc.) and especially for buying the prize items: textbooks, pens, notebooks, T-shirts and organizing the outing for the winning team. 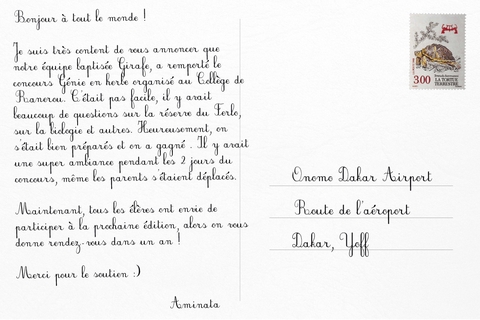 Today, on the World Environment Day, beginns the contest “Nature Geniuses”. Our Champion Mr Sagna and SOPTOM’s representative Miss Grenouilloux are currently working on the last minute preparations. Since several months 48 pupils have been awaiting this day and learning for the contest. Now the preparation time and the waiting is over! We will soon discover who knows the most about the Ferlo’s environment, who is the Nature Genius. This Friday I will be in Ranerou to see the contest and how the project has been coming along.
More news to come ... 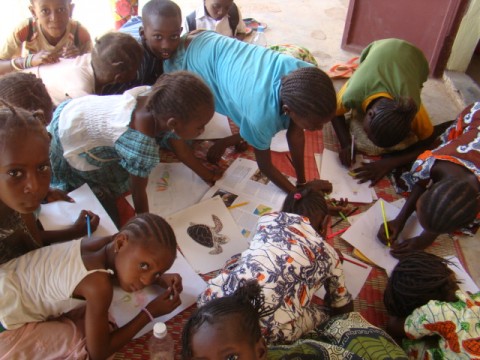 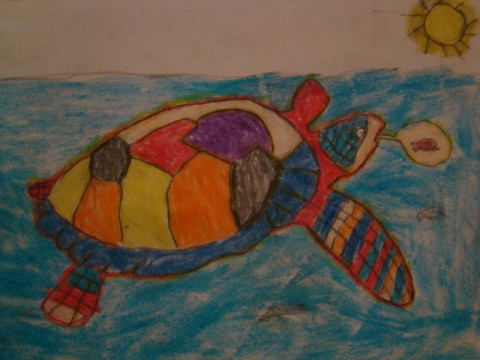 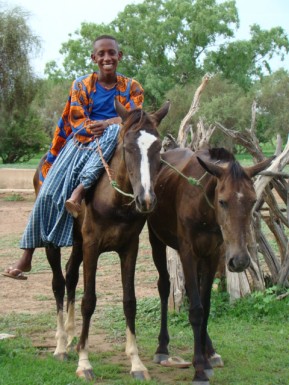 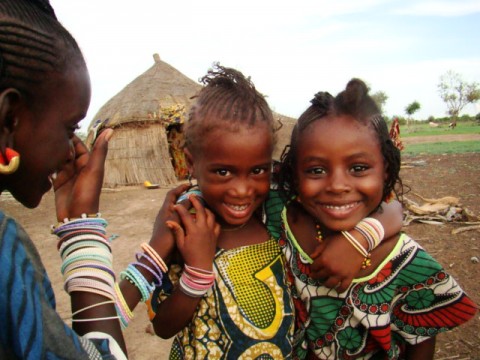