Out of all the Imraguens that make up the bright constellation of Banc d’Arguin, Farida Mint Habib is a star all her own. Barrakilla, daughter of Mulla, the founder and chief of the village of Auguesh, Farida is both consultant and translator for the Park and its partners, collaborating on research programs and development. Her commitment to a better life on the Banc d’Arguin has made her quite popular with Imraguens. Over the course of two interviews, she remembers a childhood divided in three parts: in the khaima bush, in a seaside village, and schooling in the city.

“I was born in Nouakchott and I lived there until the age of eight. When my parents divorced, my mother returned to see her family in Nouadhibou and Banc d’Arguin. I went with her. At first we were at R’Gueiba, and then my mother settled in Auguesh to start a village.

I was in school at Nouadhibou but, anytime I could, I always returned to the Banc d’Arguin. I spent my vacations between R’Gueiba and Auguesh. I know the Saint Jean bay by heart. I remember seeing and playing on the beach between hills of mullet and sea bass. We swam a lot, along with the other children. There was never a difference between those children who lived in the village all year long, and those of us in school. My family had a herd of camel and when we came home on vacations, one would be killed in our honor. What a celebration!

At that time, R’Gueiba was well populated but isolated. Many people passed through. This was before the construction of the paved road inland. At the time, the Nouadhibou-Nouakchott road passed through Auguesh. We had fun watching the tourist cars! The Paris-Dakar Rally passed through our little village. We ran to see the cars and received lots of gifts. At high tide, the competitors pitched their tents near the village, waiting to cross to Mamghar. We would laugh at them.

When vacation ended, we could return back to Nouadhibou in a motorized boat that would take about a day. Sometimes we took a small sailboat back and that could take two or three days. We never rushed. 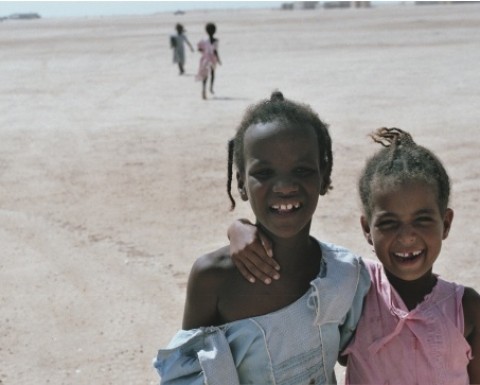 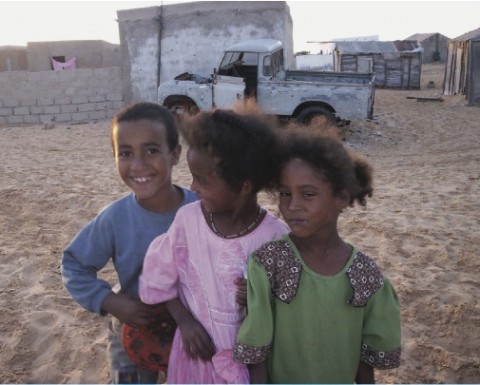