Living along Senegal’s coastline, I eagerly awaited the harvesting season for these balls of spines with an exotic taste. During our initiation to diving, I was struck by the diversity of urchins in the Bay of Ngor in Dakar. In fact, it was my first time of seeing Diadematids, a species that is totally different from those we are accustomed to seeing. For this reason, I have chosen to share this wonderful discovery with the Ecofund community. However, I vividly remember how these beautiful "tiaras" were removed from hands (mine) and have not forgotten yet their painful spines!

Urchins are marine invertebrates, a species belonging to the Echinodermata family (such as sea stars and sea cucumbers). These small balls covered with spines are called "Saukhaure" in Wolof. We know the Echinometra lucenter species because we pick and roast them often right on the rocks bordering the sea. However, the species that I dissected in the laboratory was harvested from a depth of between 10 meters and 16 meters in the north of Ngor island, and this was only possible through practicing diving, and I am very proud of myself!

Lucenter Echinometra and Eucidaris tribuloides are the most common species and they are characterized by short spines which are thick for E. tribuloides and more or less thin for E. lucenter. Unlike these, diadems (Diadema africanum and antillarum) are the least known sea urchins in Senegal and they are characterized by their long and thin spines which can measure over 10 cm. Diadematidae derive their name from their beautiful shape and their preference for warm waters, one reason why they are mostly found in the eastern part of the Mediterranean where they are a protected species. They are also abundant in the shallow depths of the eastern Atlantic (for example in Senegal and Cape Verde).

They feed by scrapping and shredding plants lining the sea bed with the help of their mouth fitted with special jaws called "Aristotle lantern". The sexes are separated, and fertilization occurs externally through the simultaneous release of gametes into sea water. To the naked eye, the distinction between the male and female is impossible.

As for the spines which I personally tested, the shortest are filled with a non-potent venom for humans. However, broken spines are more difficult to pull out and can infect a wound.

Today, there are only 800 species of sea urchins identified worldwide at different sea depths. It is important to conserve sea urchins as they are used as an important “biological indicator” for man. In fact, the larvae of sea urchins may carry deformities due to pollution, which will prevent them from reproducing thus causing a decrease in the local population. In addition, researches on the genetic composition of urchins are being carried out for the treatment of cancer. The sea urchin is a perfect laboratory specimen as its cells multiply in less than two hours against 24 hours in humans and with 70% of its genome being similar to the human genome (i.e. all the genes carried by the chromosomes of a cell). Studies at the Roscoff Biology Station, France, have also helped to highlight the A1 peptide which helps in fighting leukemia.

Some species of sea urchins are edible as seafood. These edible ones are harvested by hand, using a hook or a simple knife. The edible parts are the five reproductive organs (gonads). To reach these organs, the mouth and the digestive apparatus are removed. In Senegal, they are eaten grilled on almost all the beaches and remain a flourishing business managed in general by Lebou women.

The tests (or shells) of dead sea urchins have a spangled design, which can be clearly seen in some species, and mainly in irregular urchins with the design showing in the form of a flower. This has turned them into aesthetic objects, sought by certain collectors or used by some as decorative objects, ritual objects or amulets. They are also used in the decoration of tombs or religious monuments, portraying a large symbolic diversity based on the people 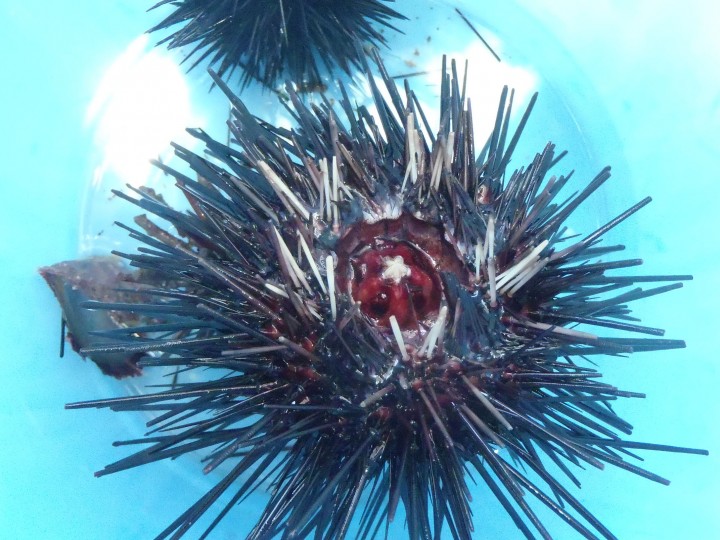 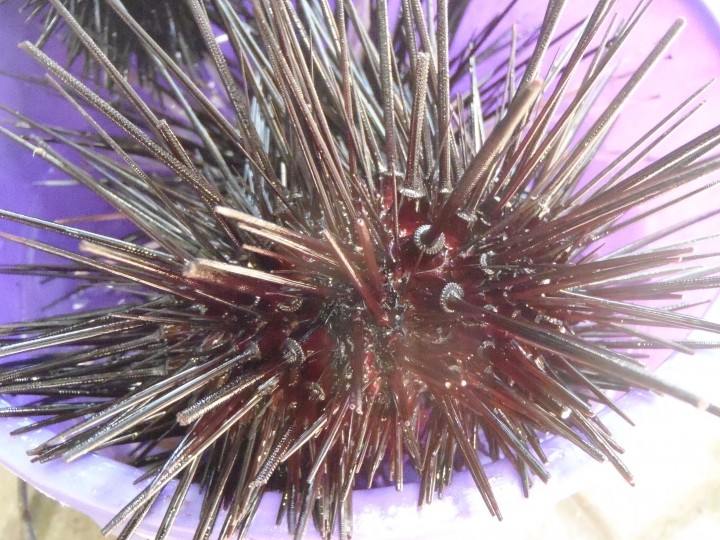 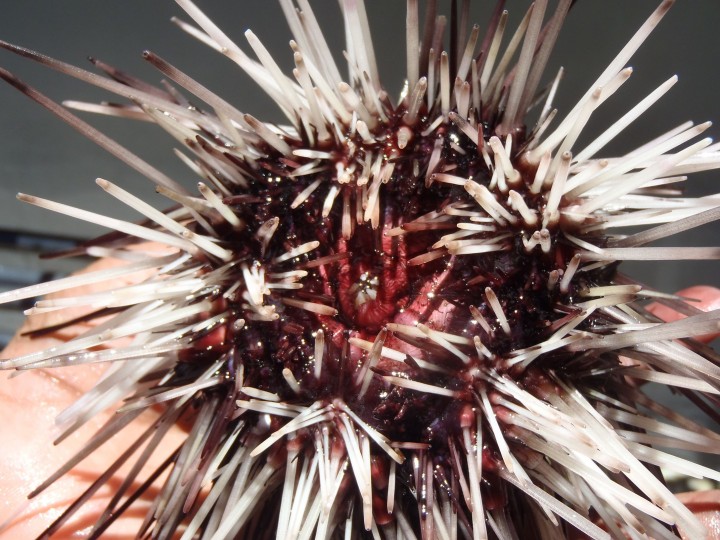