Armed with a camera

“I have always used film as social critique. I have had such moments of absolute wonder, so many! Among the most magical was one scene in particular. Using my camera, I followed a cuttlefish couple for a week, a 10 pound male, a 3 pound female. The same couple in the same place for a week. I watched as the female hesitated between two or three sites where she could lay her eggs, and then finally as she chose the perfect location: clean, well-protected from predators, sheltered from strong currents. I watched as the male followed the female, watched as she accepted his seed. I saw these living creatures, both powerful and delicate, so-called primitive and unintelligent, able to act and reproduce their species in perfect harmony with the natural environment.

“There are also those intense moments when I found myself in places where man had never set foot, and when I felt an emotion as strong as the first time man walked on the moon. When you enter place like this, there is such a feeling of beauty! It's magnificent!"

Mostly, Haidar films alone with his camera, staying a good week, living with people, talking and sharing with them. It is only after some time he begins shooting, because trust has been established. "In Senegal, he says, if you film people in their daily lives for two or three months, a relationship of truth emerges. You ask them questions, they will respond."
Like with his film on fishing methods. By winning the trust of the fishermen, Haidar filmed fishing techniques that were particularly devastating: monofilaments, too narrow mesh nets that trap young fish, or lost nets clogging the ocean continuing to catch fish for years, does not benefit anything or anyone. Once the film is completed, Haidar returns to see its subjects.

"Is what you see right?” The films always provokes a debate. "It's important, all this time spent with them. It necessarily makes the process longer, because if the villagers involved in the degradation do not own the project, it will never work. Slowly, together, we discover how to solve the problem." And Haidar adds: "It is essential for them to see. The picture is proof." 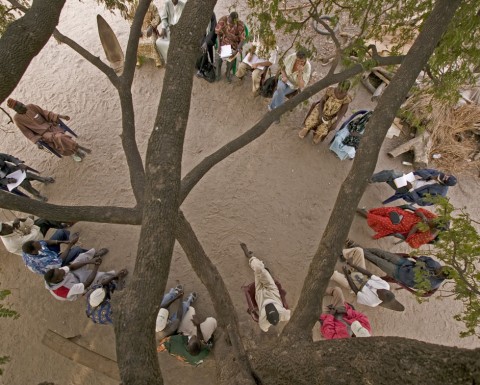 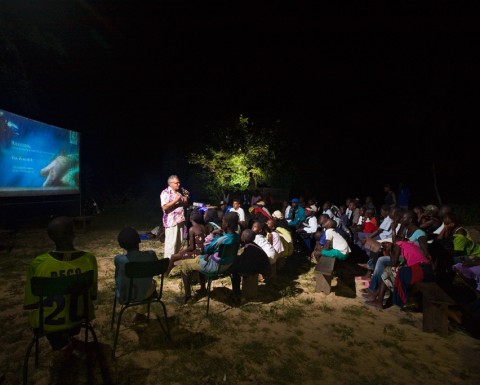