The Badamier or Terminalia macroptera, its scientific name, is a fruit tree of the Combretaceae family and of the Terminalia genus. Its name in Diola is Nifoguafong. Typical of the Western and Central African savannahs, the species has adapted to numerous tropical regions of Africa. The badamier is common in clear deciduous forests and in bushy and grassy savannahs. It can often be found by rivers, in poorly drained clay soils. The badamier is a small tree of 20m in height. Its trunk can reach 40 cm in diameter and its bark typically has deep cracks. The species can be propagated using its fruit (the badame, enclosing an edible almond) and with cuttings. In spite of its thick and corky bark, which increases its resistance to fire, the badamier is locally threatened by overexploitation.

Terminalia macroptera is an important medicinal plant species in West Africa. Many different parts of the plant are commonly used in traditional medicine against numerous diseases. Tea made from its roots cures malaria, hepatitis, venereal diseases and eyesores. The roots are also used against depression, coughs, syphilis, urinary infections, female infertility, tuberculosis, snakebites and skin diseases. Juice from the bark cures earaches and the leaves are used against tuberculosis, fever and hypertension.

In some African communities the leaves of the badamier are eaten as a vegetable when famine strikes. They are also fed to cattle during periods of drought. 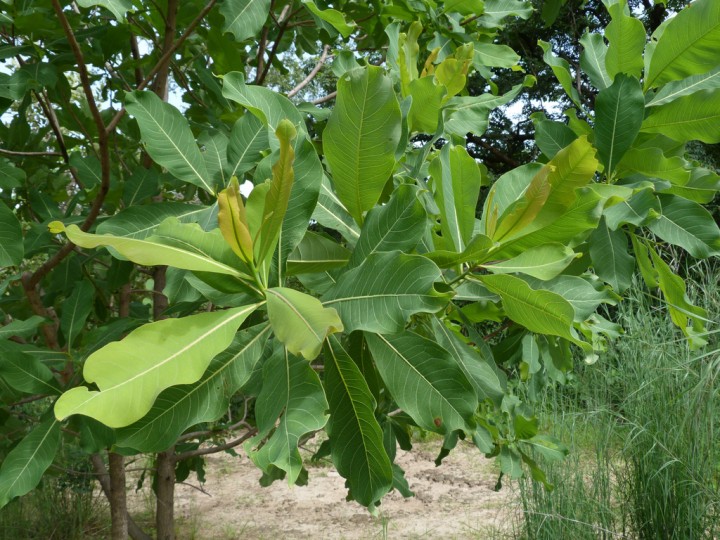