Ibrahim Ould Mami Nagle has been Chief of the village of R'Gueiba since 2005. A few months after his appointment, he described how, in spite of himself, his responsibilities became obligation, depicting life in this small town.

"During the lifetime of my predecessor, I played a small role as deputy. I accompanied him to town, he would ask my advice. At his death, we gathered to decide who would replace him. Me, I proposed a cousin of the late chief, older than me, but he flat-out refused. The villagers said, "We want the chief to have been born in and a current resident of R'Gueiba." Of those eligible, there were two old men and me. As it was difficult for the two old men to travel, everyone agreed to my appointment. I agreed on condition that I would make no decision without consulting the villagers. Women are very influential in the choice of chief. I am the youngest village chief in Banc d'Arguin, if one does not count M'Barek, the son of Barka Agadir who governs with his mother. I was born in 1959, just before independence.

I never went to school, but I want to develop education here. We also need a health care center. Education, health and water are our three main problems. For water, we are still waiting the opening of the desalination unit (which we call survey). We can’t use it before its inauguration with that of Iwik... For this, it must wait until the survey in Iwik is completed! But I am concerned about the water quality. Some say it is still a little salty, which can strain the kidneys. It would not be good for older people ... It's hard to live a village without water. This is what hurts me the most.

It's a shame because the site is beautiful and life here is healthy and simple. Here, the sea is different from the sea at other villages. The water is immediately deep, it's almost a port. It's convenient to board, disembark, do laundry and dishes. It is a strategic fishing point for mullet and croaker, and the sea is less dangerous than elsewhere.

The restrictions imposed by the Park are for the good of the Banc d'Arguin, for our common good. I agree with limiting the number of lanches. Eighty working lanches are actually sufficient if one wants to keep the splendor of the ocean. Any more would be bad for the ecosystem.The ancients had a fishing calendar very respectful of nature, long before the country even existed. 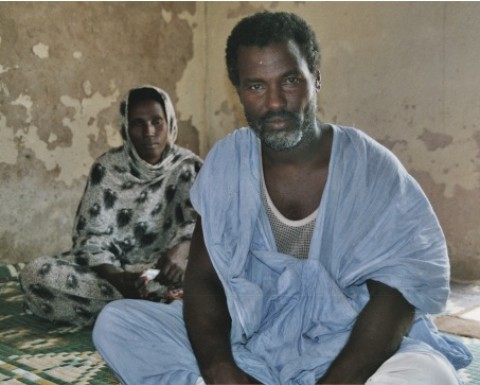