At the beginning of this new year, we have very good news for you: the Ecoparc’s two nature trails and its Ecolodge are now officially open!
In November we celebrated the official opening of the Casamance Ecoparc, together with our project partners, Eiffage and the German Embassy in Senegal, with the presence of representatives of the French Embassy in Senegal and the Diembering community, among them many young people and children!

See below our family-photo from the official opening

The Casamance Ecoparc is the result of five years of work on the ground and your support. Through its creation, the forest of 32 hectares of the Ecoparc, which would otherwise have been destroyed like neighbouring forest areas, has now become the first privately managed protected forest reserve in Senegal. You have participated in the enhancement of this magnificent conservation area of the Casamance flora and fauna!

Google images highlight the extent of the deforestation in Casamance over the past 10 years, particularly along the coast and help us to really understand the importance of this project.

The opening of the Ecoparc took place on the eve of COP21 in Paris. This was to send the message that while climate change conferences and government laws are important, we also need more concrete actions like the Casamance Ecoparc to preserve our ecosystems.

Indeed, according to Global Forest Watch, the earth lost 18 million hectares of tree cover in 2014 alone, of which 50% was from West Africa! Over the last 25 years we’ve lost a forest area equal to the size of South Africa!!!

Yet, more than 20% of world’s estimated 1.6 billion human population are dependent on forests (fruit, leaves, roots, medicinal plants and game) for their survival.

The latest World Forestry Congress called for the inclusion of local populations in the protection and sustainable management of forests, which is precisely the mission of the Casamance Ecoparc project!

“WE ONLY PROTECT WHAT WE VALUE”

See below photo of the Fromager/Kapok, also known by its scientific name, Ceiba pentandra, to be found in Ecoparc

The Casamance Ecoparc is situated in Diembering, around 10 km from Cap Skirring, one of the main tourist centres in Senegal. The Ecoparc forest constitutes the northern limit of the vast Guinea-Congo forest biome/ecosystem; evergreen forests dependent on high rainfall and humidity.

In the Ecoparc you can admire exceptional trees like the Fromager, the Baobab, the Carapa, the Fara, the Oil palm tree. You can also find many bird species, some of which are the rarest in Senegal, thanks to the park’s unique habitat, which provides for their specific needs.

The 25 panels placed along the two nature trails help visitors to discover and learn about the importance of the natural treasures of the forest and the need for their protection. These panels provide well-presented and easy to understand information on the Ecoparc species and their traditional uses.

The Ecolodge is ready to welcome you to nature in comfort thanks to:

•    Its own six-panel solar electricity system.

In addition to the project’s impact on the conservation of the Ecoparc forest, it also contributes to the local economy and therefore helps to endorse the value of the area’s natural resources: carpenters and printers from the region worked with pride for the Ecoparc by choosing materials that balance sustainability with basic environmental criteria; the Ecolodge contributes to the development of ecotourism in Casamance, a region which does not yet fully benefit from its sustainable development potential.

The Casamance Ecoparc is the result of collaboration between Ecofund, APES (the Senegalese association for the protection of the environment), EIFFAGE, the German Embassy in Senegal, and the help of our invaluable contributors: Johannes and Henning from Germany, Marjolaine and Moise from Senegal, Moana from Tahiti as well as our individual donors from all over the world … it has been a great collective effort, showing what passionate people can accomplish together!

In 2015 we also launched, together with the IMEM (the Senegal Institute for Environmental and Metrology professions), “Green Talks” Senegal, a series of public debates covering important and timely environmental topics.

Plastic waste, pollution of marine ecosystems by urban waste and coastal erosion are a selection of the environmental problems Senegal and its neighbouring African countries are facing. Yet the solutions seem within reach.

The series allowed for different sectors of society – citizens, the private sector and public authorities - to brainstorm and make decisions on the issues raised. Coincidentally, during the “Green Talk” debates, the Council of Ministers approved the draft bill banning the manufacture, sale and distribution of plastic bags of less than 30 microns (black bags) and the free distribution of all plastic bags.

The debate on coastal erosion was held just in time, allowing a recommendation for a multi-sectorial approach to be included in the new bill on coastal management, calling for the law to also integrate social and economic dimensions of land usage and rights.

Green Talks were a call for action and described by audience members as a meeting place of “those who want to but cannot and those who can and do not”.

In 2015, we experienced a moment of deep sadness: Assane left us forever.

Assane Seck was a professional developer of Web and mobile applications. He developed and implemented many applications in Africa. He believed that "it would be amazing to gather people from diverse horizons around local and environmental issues".

A member of the Ecofund team, highly competent and yet extremely humble, Assane joined our environmental cause by offering his expertise and time to the development of our web platform. He proudly represented the dynamism of young African entrepreneurs.

In addition to losing a precious member of the team for his vision and his commitment, we also lost a very good friend and an exceptional human being.

During the official opening of the Ecoparc, we planted a tree in Assane’s memory (see below Assane’s tree). It is the Touloucouna (in Wolof), tree also known by its scientific name as Carapa procera, an outstanding medicinal plant.

You've gone too soon. RIP Assane. We will continue our green activities thinking of you.

Ecofund was born in 2011 in Senegal following a meeting with people devoted to the preservation of our ecosystems, in order to boost their locally initiated, small and simple projects.

Since its creation, during the last 5 years, it has done just that; identified, supported and financed 14 projects in three countries by raising a total of more than 100,000 Euros through crowdfunding.

The Ecoparc project is a culmination of the Ecofund community's hard work and commitment. The Ecoparc and Green Talks are also great examples of the kind of local projects Ecofund believes in and wants to support in the future.

After many years in Senegal, we, Sandrine and Markus, the founders and volunteer managers of Ecofund, have left Senegal for Morocco. It is in Morocco that Ecofund's next adventure will begin and we hope to introduce you to new Moroccan champions and their projects for the benefit of our planet and the benefit of us all!

Happy 2016 and see you soon on this new version of our website. 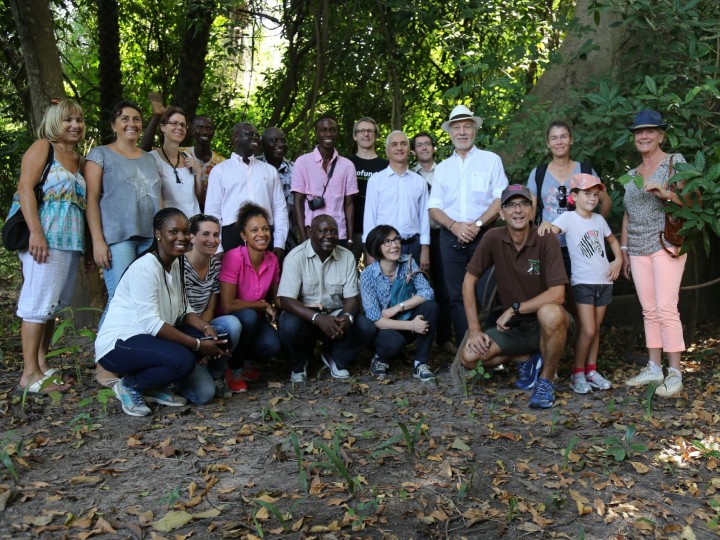 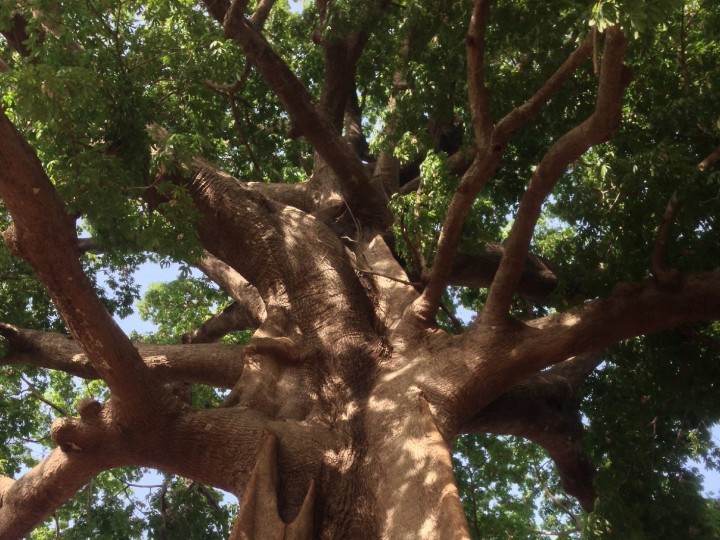 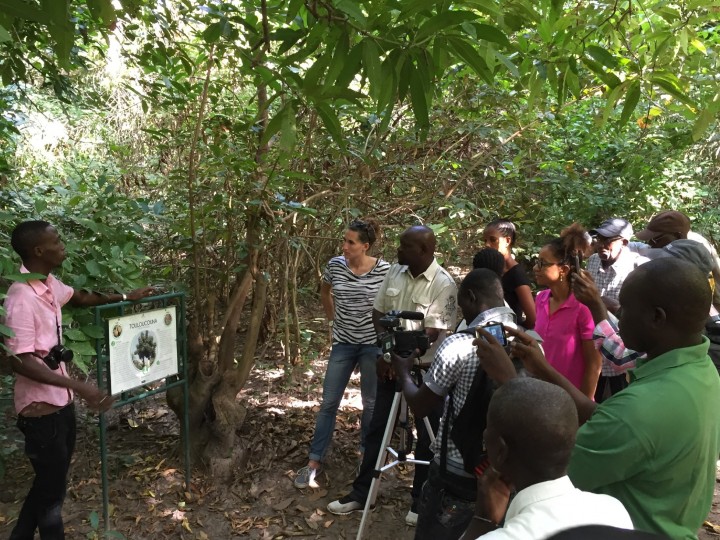 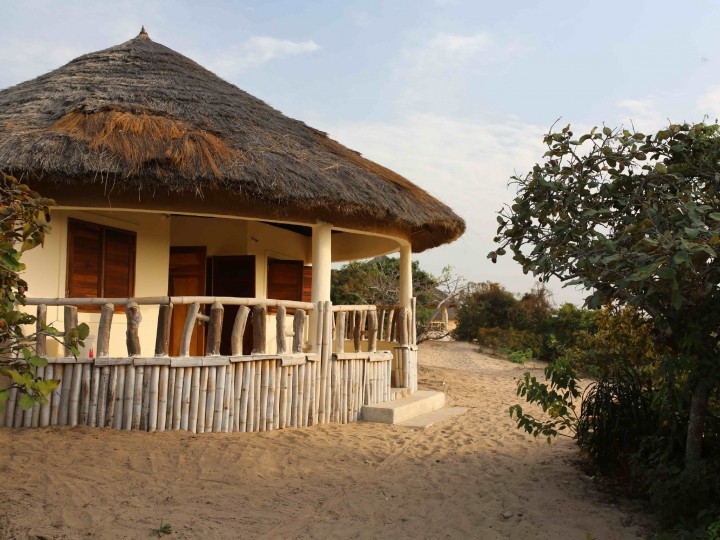 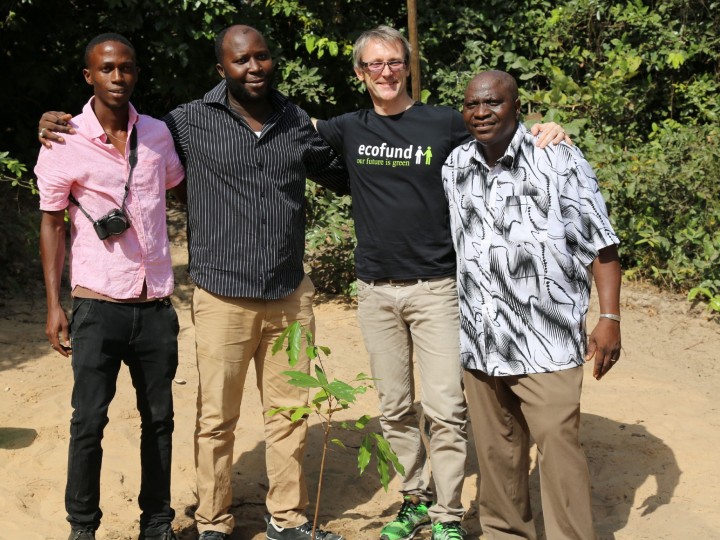