We believe climate change conferences and government laws are important, but we need more green local champions and they need our help to preserve our ecosystems !

Haidar el-Ali is Lebanese, but he was born in Louga, in the north of Senegal in 1953. Senegal is his country, Wolof his language, and his car his office. It’s from his car he orders his day, calling local contacts, plans his missions, dreams, imagines, even rages against a careless world that would destroy the natural resources of his country while starving the Senegalese people. His mission to create and disseminate an ecological lifestyle in Senegal is at once enormous, constant and complex.

For four years I have accompanied Haidar on his various campaigns across Senegal, listening as he reflects upon his life in bits and pieces, but mostly I have seen him act. From the desert already invading the north half of the country; through Casamance where rivers die after the disappearance of their mangroves; along the Senegal river where manatees are strangled in the turbines of hydroelectric dams; to the edges of a bruised and polluted sea, no longer able to feed its people. I have walked in his shadow.

“The protection of the environment in Senegal, like in all poor countries, is not about ecology, it is about survival.” Haidar repeats. Action is needed: quick and comprehensive. And for more than twenty-five years, whether underwater, handheld camera at the ready, in the shade of a meeting tree, or in government offices, Haidar has fought for every cause: the sea, virulently opposing illegal fishing to assure local fishermen their livelihood; the forests, against desertification, repopulating mangroves to ensure rice for tomorrow; for men and women mostly, by engaging in political struggle against lethargy to help the Africans around him create their futures.

Touching hearts and awakening consciences is the creed Haidar lives by. 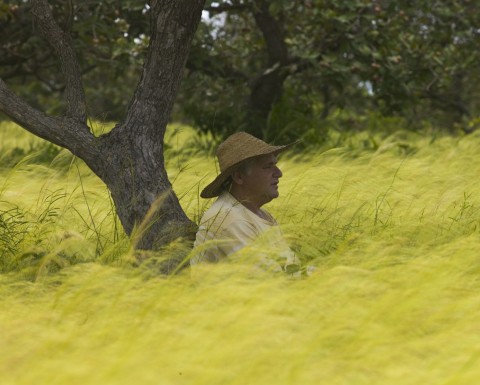