Imraguens: Fishers and Guardians of the Bank d’Arguin National Park

Imraguen is the identification with a specific way of life or better yet a singular way of fishing. According to “Le livre des Imraguen” by Marie-Laure de Noray-Dardenne, to be Imraguen is to “be part of the rich and fragile ecosystem which makes the Banc d’Arguin a joy of nature. Imraguen means those who live by the sea and who fish respectfully, without spoilage, waste. The Imraguen are the nomads of the sea.

Numbering at the very most about a thousand, the Imraguen are the only people authorized to live in the Banc d’Arguin National Park and to fish in its rich fishing waters. The Park is home to 9 villages, including Iwik, Sidi’s home, the best place for bird observation.

The Imraguen are known for a fascinating, abiding traditional fishing ritual, inspired by the natural conditions of the Banc d’Arguin: responsible and tactical fishing on foot of yellow mullet. From the shore, when a man indicates the passage of a school of fish, others enter the water with nets on their shoulders. By striking the water with sticks, they attract dolphins which create a barrier that prevent fish from escaping to sea. Driven to the shore, the mullets are surrounded by men and captured. Upon capture, the fish are opened, cleaned and dried by women. Every part of the fish is valued, including the ovaries of pregnant females, slightly salted and dried to make the “poutargue”, and the head and organs, boiled in water to extract an oil rich in trace elements and vitamins known as "dhên". These processing techniques, unique to the Imraguen, are ancient skills passed down from mother to daughter.

Canary Island fishermen, arriving in Banc d'Arguin in the 1930s, changed traditional fishing techniques introducing fishing from lanches. These unique motorless sailing vessels, allow the Imraguen to fish off the shallow waters of the Banc d'Arguin. Identified by the Park administration and limited in number, today there exist only a hundred that Imraguen are allowed to use the Park.

According to “Le livre des Imraguen” to live in protected areas such as the National Park of Banc d'Arguin, is to be willing to be guided by the laws of nature and how to safeguard it. Aware of their privileges in particularly in relation to fishing, Imraguens are involved in surveillance of the maritime park. In addition, with the desire to respect the riches of Banc d'Arguin, the Imraguens play a key role in the park, by initiating projects such as Sidi’s.

They are the people, the guardians and guarantors of the future of the Park. Support them! 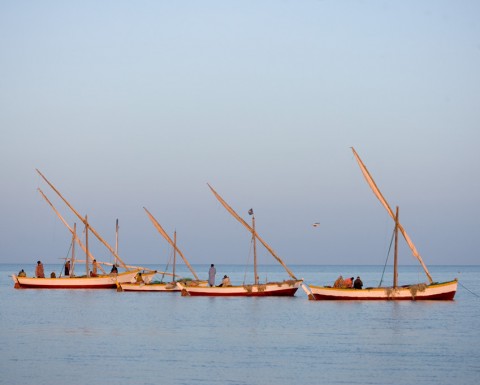 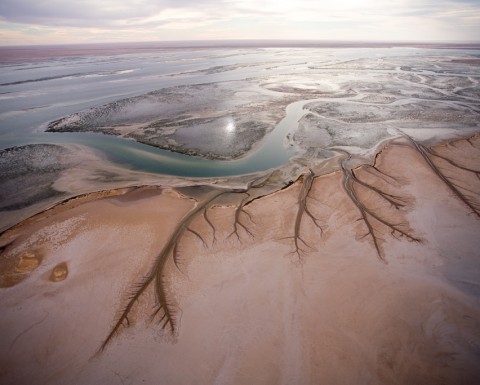