Since October, in collaboration with Terre Vivante  we share with you on our Ecoblog the memories and impressions the writer Bernadette Gilbertas kept on her trip to Senegal, where she accompanied our ecopartner Haidar El Ali on his mission to protect biodiversity. These memories are excerpted from her book, Haidar El Ali, itinéraire d’un écologiste au Sénégal (Haidar El Ali, the Route of an Ecologist in Senegal), published in 2010 by Editions Terre Vivante. An opportunity for us to better know Haidar, Senegal… And the Ecofund spirit!

Hello Bernadette, journalist and writer! After studying geomorphology and management for 11 years at the Fédération Rhône Alpes de Protection de la Nature, you settled in Paris where you authored, in collaboration with your husband, the photographer, Olivier Grunewald, a number of articles and other works on your shared passion for nature, its protection and its defenders.

Would you call yourself a nature writer?
No matter what, I am a committed journalist. I came to writing slowly... to talk about ecology, wildlife. This is what we -- me and my husband Olivier, who I have worked with on nearly every project - love: talking about those who dedicate their lives to the protection of nature.

How did you meet Haidar El Ali?
While doing a story with the photographers Jean-François et Nicolas for “Terre Sauvage”. I couldn’t get to Senegal, so I interviewed Haidar by telephone… and what a gift he had for speaking! So open; even if he ended up, by the end of our conversation, nicknaming me: ‘Too Many Questions’! In short, he was so charismatic; I told myself he could be the subject of a great book!

Where did the idea come to accompany Haidar on his route?
I first came to Senegal to meet Haidar and write a second article on him. It was through him that I came to know West Africa… And I was immediately sold. In all, I must have made a dozen trips of fifteen days each to Senegal for articles and to support his 2007 electoral campaign. We were always on the road, and it was how I got to know him... through the different road trips, I came to know so much about his life, his life as a diver as well, what I call his ‘sea side’. I also got to know his politics, Haidar as leader. It was fascinating to see the appeal he has with people. We went everywhere, from Tambacounda to Ziguinchor, meeting with ecological leaders. He has an immediate understanding of what needs to be done and perfectly blends his action on the ground with ecology, particularly with his mangrove reforestation project.

Were there any projects that particularly captivated you from an environmental point of view?
Alike Ecofund projects, the projects based on local know how or where things moved forward in important ways with the active and voluntary participation of local populations. The mangrove reforestation in Casamance is a perfect example. I remember seeing those first plantations and then four or five years later, the results were real, the reforestation had happened. We have the ability to re-cultivate rice.

Is this what you also want for Ecofund?
Actually, my hope, I would even say my dream, is to get to a point where civil society is no longer dependent on donors, where they can be actors and auto finance projects. I notice there is less of militancy, compared to before, less people belong to organizations or groups… consequently, giving what we can to actions on the ground, sticking to transparence, it’s a form of militancy.

Our future is green! Do you think your book will have an impact?
I can’t say. I wanted to do a living testimony to this man who is so much, but I was scared in writing it I would get it wrong, be untruthful. But I have the impression that readers have been happily surprised to have found Senegal (in the book). I think I did justice to the truth. In any case, I hope it will serve Haidar’s cause… and give other people the desire to take simple, on the ground actions.

Your next book or article?
I just finished a book due on Iceland due out by the end of September. Everything is based on interviews with Icelanders giving their perspectives on Icelandic nature and their investment in ecology, importantly since the emergency really began there.

Your husband is also a nature photographer. What kind of outlook do you both have for the different environmental emergencies?
We are exactly on the same wavelength in our approach, militant, both in my texts and in his photos. The urgency is to protect and restore ecosystems vital to humanity. We must fight against the disappearance of all the places where man cannot go, in particular forest loss. And, the most crucial question of all, water conservation and sharing. 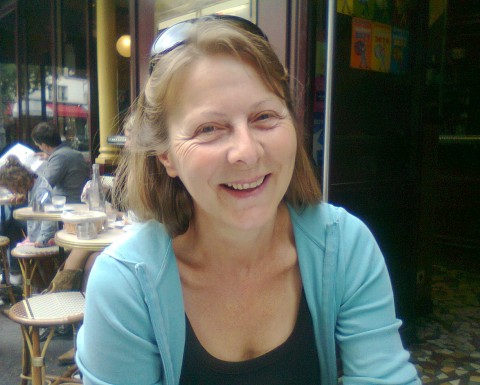