› Home › Green News › Ecoblog › Mourning the Devastation of the Forest in Thiès, Senegal

Mourning the Devastation of the Forest in Thiès, Senegal

Thiès, a green town? Perhaps this used to be true some years back. Now, we are doing everything possible to “bring back” those years.
The old and magnificent African Mahogany (Khaya Senegalensis) and Kapok trees are destroyed by herdsmen who use them as “aerial pastureland”, and by so-called traditional healers who cut chunks of bark from the tree by some others who carry out set-setal (general cleaning) and burn garbage in the hollows within the roots of the trees… in short, it would seem that nobody really cares about trees…
The last but not the least blunder: bulldozers destroying, from one end to the other, the small but dense forest between the railway line and the road from the National School for Active Officers (ENOA), which had been part of the Ministry for Livestock Production, behind the 10ème and Diakhao neighbourhoods – a forest that has been defaced on all sides by garbage disposal dumpers and other coal makers…
For some days now, bulldozers have been tearing down age-old baobabs, apple-ring acacias and all the other trees and shrubs, that formed the green belt of this part of town where sports lovers could go jogging, headsmen could let their livestock graze, and numerous other small animals could live peacefully: hares, squirrels, partridges, civets, and birds…There existed a wonderful flora as the rainy season approached; a flora that reminds one of a tropical garden while the forest provided space and fresh air for the rest of the year.
Destroyed. There is nothing left of this forest. People will have to breathe unhealthy and polluted air that is worse than the air in Dakar; there will be no more a natural green belt for taking a walk. It is finished - this small niche of rich and diverse flora and fauna.
Destroyed. These baobabs, age-old witnesses to the growth of the town Thiès, are now lying on the ground, ‘assassinated’ by bulldozers. Long ago, before cutting down a baobab, a traditional priest was invited to carry out certain rituals because baobabs were supposed to be home to spirits and other “djinns” (ghosts). These beliefs that also protected nature…! But now, a hit from the bulldozer and that’s it, and the baobab is brought down.
Destroyed. This forest could have been used to underline lessons on natural sciences, used as a learning platform of the nature for children who spend their time in front of the computer and television. It could have continued providing oxygen to the town, and serving as green belt, with generosity and graciousness.
Destroyed. The ravaging quest for land by a rapidly-growing town. Whereas, there are many fallow and laterite-rich lands that could have been home to new neighbourhoods around Thiès and environs. Unfortunately, “the Senegalese government holds the land title to these forests that are being distributed to real-estate developers of the Department of Internal revenue and Land use of the Ministry of Economy and Finance” as confirmed by the Mayor’s office in Thiès. It is sad… financial interest reigns and disregards the urgency on the protection of nature.
Destroyed, dead, finished. Oh yes!
And everybody remains indifferent. Nobody is talking about it, no radio programmes, not even a word in the newspapers.
Soon, the desert is before us and then it is “welcome Sahara”! 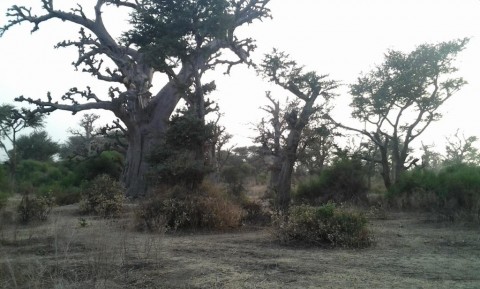 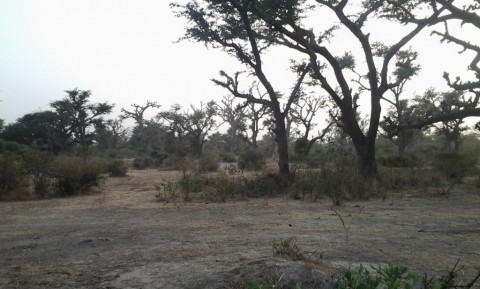 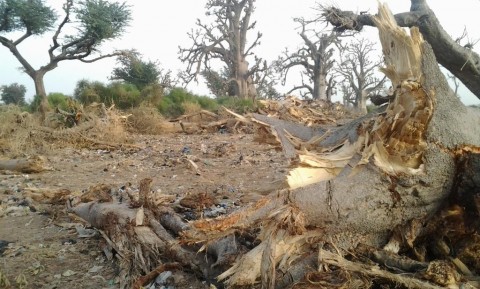 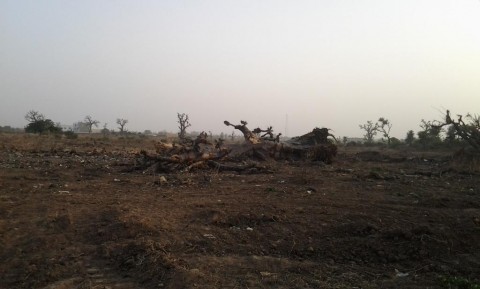 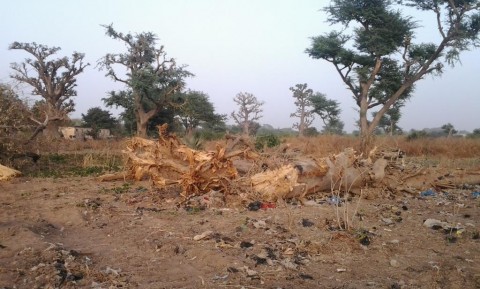