› Home › Green News › Ecoblog › My work as a carpenter

My work as a carpenter

“I am from a carpenter family. My late father built half the fleet from the Banc d’Arguin. His name was Boughari Ould Louli. He used to work with the Spanish, before the National Park was created. He taught me everything I know, obviously! We didn’t have the same manufacturing codes as those from the park’s workshop. I adopted my father’s way of doing things, but I use modern tools. I started working on the “lanches” during the school holidays, when I came back to the village. The rest of the year, I was in school in Nouadhibou or Nouakchott. When I was fourteen, I started working on my first “lanche” in solo. I am twenty-six now, and I am the youngest carpenter in R’Gueiba. One person can make a whole “lanche” by himself, no problem. In that case, you need four to six months. It’s what I prefer.

I have done a lot of fishing too… I could be a captain. But I don’t want to do what some cousins of mine did: abandon carpenter work for fishing. As long as there will be work as a “lanche” carpenter, that’s what I’ll do, because that’s what I prefer. A carpenter earns around 400.000 Ouguiyas a “lanche”. It’s serious money. You have to go to school before you think about being a carpenter. To be able to build “lanches”, you have to have an education, intelligence and training.” 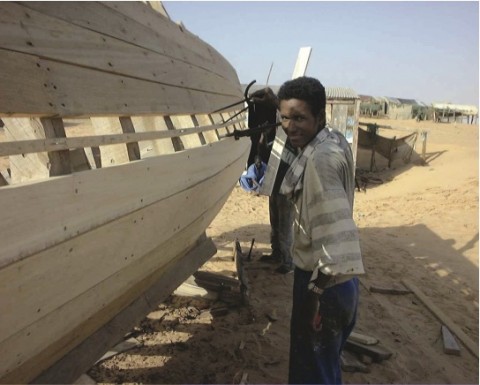 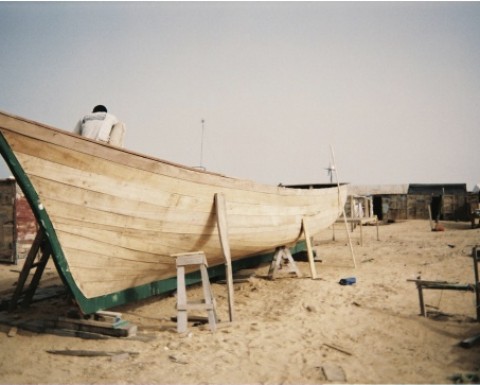