PART TWO: The wonderful world of the forest

The United Nations declared 2011 “The International Year of the Forests” to draw global attention to the immense importance of these habitats for our planet and humanity. Forests play an essential role in the Earth’s climatic and weather system. They regulate the natural water cycle and air exchange, they are enormous carbon stores and habitats of irreplaceable biodiversity in both fauna and flora. And more people are economically dependent on the forests than most of us think. The main aim of the International Year is to spread the knowledge of all these functions of the forests.

Public interest in the forests is high anyway in Germany. The Müritz National Park, for example, attracts over half a million visitors a year. In this International Year of the Forests their curiosity is catered for with a wealth of additional forest experiences. 5,000 events are taking place all over Germany under the aegis of the Federal Ministry of Food, Agriculture and Consumer Protection: hiking trips, guided tours of the forest, concerts, tree plantings. To close the year, the German Historical Museum in Berlin is opening an exhibition on 2 December, 2011, called: “The German Forest – A Cultural History”, showing the world of the forest in literature and painting, a staged and at times overloaded “ideal picture of nature”.

The Germans are probably so forest-conscious because they use the “green lung” extensively for recreation and sport. According to a survey, 50 percent of people in Germany spend time in the forest at least once every two weeks. Whether it’s jogging, hiking or strolling, they seek relaxation here from the hectic daily grind. What scientists would refer to the unique forest climate, they simply call “getting some fresh air”: protection against sun and noise, a pleasant level of humidity and much more.

Around 15 percent of German woodland consists of beech; just under ten percent of it is oak. The botanists are fairly certain that, but for human intervention, the beech would cover almost the entire country (apart from the mountainous regions). The dominance of conifers – spruce (28 percent) and pine (23 percent) – is man-made. The spruce’s high annual growth and its suitability for many uses promised rich timber harvests and quick profits. This led to the infamous monocultures, which were, however, also particularly susceptible to storm damage, disease and pests. But a change of approach aimed at minimizing the risk has already begun in the German forests. Afforestation is increasingly focusing on deciduous trees to increase the proportion of mixed forests. This is a challenging task for the forestry industry, since the already recognizable and future consequences of general climate change have to be taken into account in the choice of tree species. One thing that seems certain today is that the spruce will lose ground, since it comes under too much stress during extended periods of drought and heat. Beech, pine and oak are much hardier under such conditions. 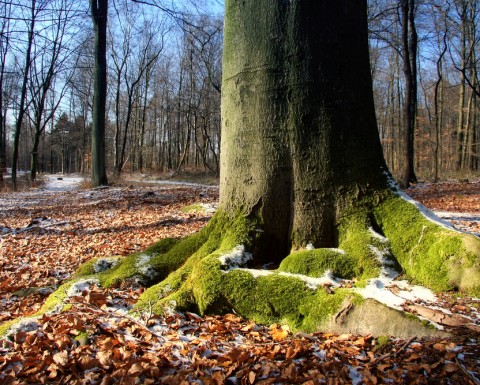 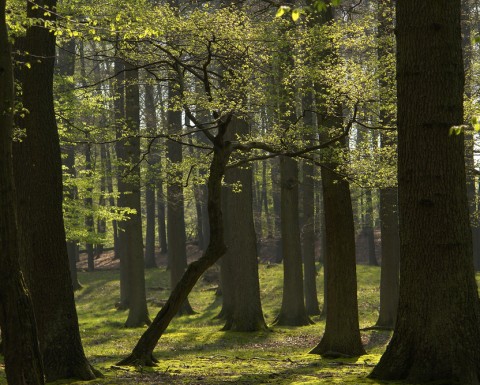 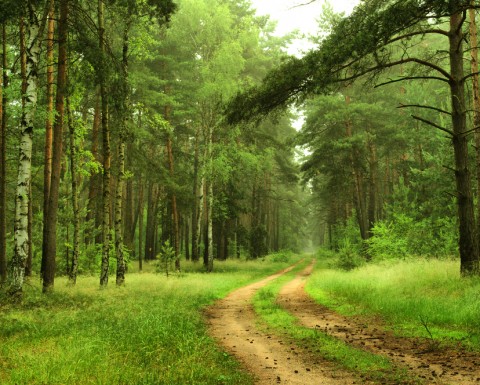