Between the Senegal River and Guinea-Bissau, the Atlantic coastline is full with the remains of ancient shellfish remains, as in the Saloum delta. These Paleothic islands are primarily made up of the remains of shellfish consumed by long ago humans. Archaeologists recently interested in these "kitchen scraps" have found fragments of pottery and scattered remains of homes. Once used as burial sites for people of high status, these islands are still considered sacred by the inhabitants of the Saloum.
The banks of bolong part. Behind the long, lean and gnarled silhouette of Ibrahima standing in the very front of the canoe, I discover the river. In front of us, rises an observation post. "Welcome to Bamboung!" says Jean. In his wide grin, I feel how pleased he is with this success. It is his baby. After investing tremendous time, the result of his perseverance is before us. In this place, in 2002, Toubacouta Soucouta, Sipo, Bettenti, Nema Bah, Dassilamé and seven other villages came together and unanimously decided to create Senegal’s first Community Marine Protected Area (MPA), endorsed by presidential decree in 2004. All agreed to prohibit fishing - a real sacrifice for the Serer, a people born from the sea, but their commitment was so strong they refused even a buffer zone, traditionally included in any MPA.

From the top of the observation post Dianoune and Babacar wave their arms, inviting us to climb the ladder and share the tea that helps pass the many lonely hours of surveillance. "Here we drink a lot double tee (tea)”, Babacar explains. It allows us to go without sleep to better monitor the area.” Dianoune and he are two of the sixteen watchmen, now paid for their work -- forty-eight hour shifts -- to protect the area from fisherman. From their post, they guard over the treasure of the Bamboung: 7200 acres of rich ecosystem, including virgin mangrove, perfect spawning ground and nursery for fish.

Creating a Marine Protected Area, is first of all the work of defining the boundaries. Mounted in April 2003 by the fishermen themselves, signs clearly warn other fishermen their nets are not welcome. Now converted into eco-guards, these same fishermen don uniforms and record in a journal all offenses committed. IRD - the Institute for Research and Development – on behalf of Océanium created a baseline of fish and fauna. Two years later, the same researchers are enthusiastic. The ban on fishing has quickly borne fruit: the average fish size has increased, and sixteen new species have settled in the reserve, including the white grouper (Epinephelusaeneus), a slow reproducer, particularly threatened, once easily found in these waters. The overall biomass has substantially increased and the dolphin, the largest of the area’s predators, able to cross through the rivers, and seemingly disappeared from the area, have returned. Fishermen are also proud: the white grouper is a fish so noble, strong, and beautiful; it has become the nickname given to young men, particularly in Dakar. 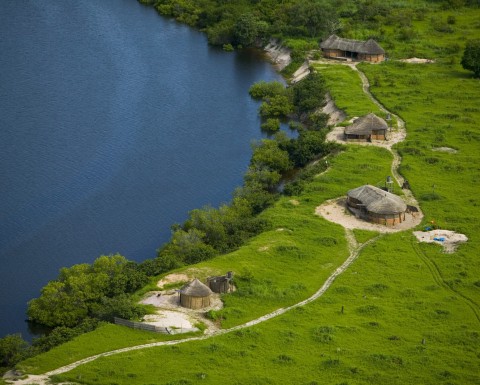 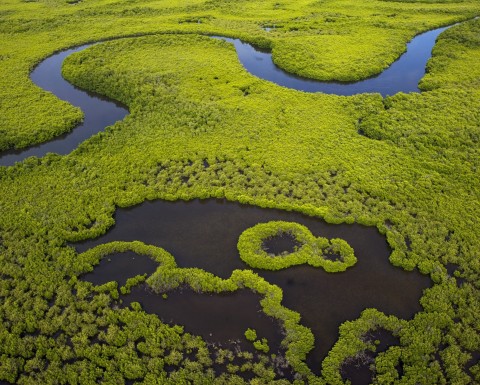