The old man and the Sea: Almost empty-handed

Fishing days may follow one after the other, but they are hardly all alike. This is what Mohamaden, Captain of his lanche, repeats looking at the meager returns of this day. A quick landing with nothing to report for the raps of the evening. A few rays and a dozen baby sharks accidentally caught in nets. What can be done with them? Imraguen do not eat sharks or rays, and the days when they once represented a prosperous trade are now only a distant memory, due to the ban on shark fishing. Rays and sharks are now destined for the few Ghanaian and Malian ouguiyas on the lookout, who will spill them into their brine tanks dug on the beach, the ammonia smell infecting the whole village ...

Mohamaden and his crew had started out early this morning aiming to bring back croakers. This being the season, the captain was almost sure the channels he had chosen were fish filled. His nets were placed and today he came to pull them. Two hours sailing brought him to the remote location of the first net, but it promised to be worth it, they said. Yet, apparently the croakers had declined the invitation, preferring to travel still further away, pass this route some other tomorrow or maybe never.

He knows it is best to forget quickly the mighty efforts made for so little gain: early risings, assembling the other four crew members, checking the threads of the net, verifying fresh water, food. Was there enough tea made, had mint been thought of? And had the radio been taken?  The lanche must be pushed, the sails tended to, eye navigation, landmarks located, nets placed by other avoided; he searched for his own. Ancient art meeting habit, the vivacity and harmony of movement. Launch the anchor at the right time, right place. Synchronize the efforts of one and another, speaking the right words necessary, launch the "ho .... Hoisted! " of collective momentum that might raise tens of square meters of waterlogged nets onto the lanche. But neither effort, nor the years of experience and know-how is enough; it is also about luck, baraka. This is the fate of any fisherman. Accepting today as it is earned. This night, we will eat the fish caught by another, but tomorrow, Inshallah, we will feed the whole village.

Yet there is also the thought of the seagulls overhead, the merriment of the crew, shared sips of tea at sea, this solid lanche as it splits water. Cool breeze and warm sun. Dolphins happily seen from far, rarer than ever, their presence to man always friendly, a boon. 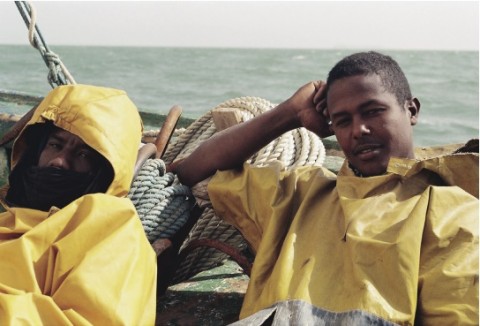