The Prophecy #7: Floods in Pikine, Senegal

Today we start the fundraising contest for the 7th PROPHECY photo. The deadline is October 31st 2014.
The donor who contributes the most to cover the technical expenses for the 7th photograph will receive a dedicated print of the following PROPHECY photo: Floods

The 7th photograph was taken in September in Pikine, Dakar during the rainy season 2014. The rainy season in Senegal lasts from June to October with an average rainfall of 400mm in the region of Dakar. Although this level is moderate in comparison with Ivory Coast, Senegal, and in particular its urban areas, suffer flooding every year, causing extensive damage, crippling the economy, dislodging thousands of people and causing many deaths.

In 2012, the Senegalese State paid nearly $ 4,000,000,000 FCFA (6,0 millions euros) and launched the ORSEC plan to help more than 500,000 flood victims. Although we cannot control the violence of rains - in 2010 more than 1 million cubic meters of water (400 Olympic swimming pools) had to be pumped from Pikine, a poor Dakar neighbourhood, - we can control other factors and reduce the negative impact of rain on our daily lives.

Poorly managed urbanization has increased the sealing of soil by concrete and stone construction, thus reducing its absorption capacity and blocking channel runoff. As a consequence, such over-construction produces frequent and stronger uncontrolled flooding even in areas that were not considered risky in the past. Cities such as Dakar, Pikine Guédiawaye, Malika, and Thiaroye are increasingly located on watersheds, land where running waters gather before they flow into the ocean. Heavy rains in these watersheds, added to tarring that prevents greater amounts of water to seep into the ground, give rise to devastating floods.

Solutions to reduce the negative impact of flooding

- Rational land planning that takes into account the topography of urban areas, segregating risky living areas, and strictly enforcing building standards specific to each area.   In this way, a plan for prevention of natural risks (PPRN) taking into account all components (urban planning, geography, meteorology) can not only prevent flooding but better control the consequences.

- In zones apt to flood, the distribution of adequate means to fight against floods:   motor pumps, regular garbage collection (to avoid the spread of disease in case of stagnant water etc.).

- Forming groups of qualified citizens to raise awareness to  better prepare flood response, so that each season, communities are prepared, because awareness is an important aspect of the fight against floods. 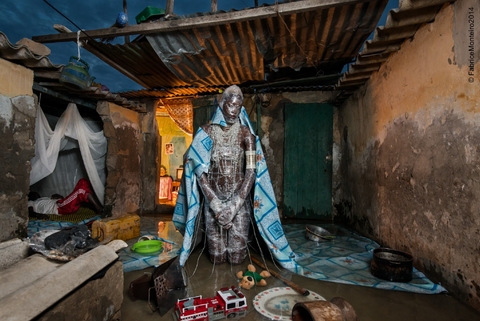