“The Prophecy” re-mixed on a highway in Senegal

Many of you have been asking for news of “The Prophecy” (revealed through graffiti) as announced after the June 4th event organized in Pikine with Africulturban, an association involved in urban cultures. So, here are some updates.

In August, members of Doxandem Squad, led by professional graffiti artist Docta, imaginatively reinterpreted “The Prophecy” project, inspired by photographer Fabrice Monteiro and fashion designer Dulcy. Based on The Prophecy photographs showing Jinn rising up against environmental destruction, and based on the photo captions, a scientific plea, produced by Ecofund in collaboration with Pr Adams Tidjani (VIE), each of the eight (8) artists from the group created personal visions of ecological threats like waste, coastal erosion, industrial and urban traffic pollution.

The team worked tirelessly, during Ramadan, adorning the Thiaroye footbridge walls (located after the Thiaroye-Sur-Mer exit) with their artworks. SENAC Ltd. supported this initiative by providing technical and logistics support. The results are remarkable and include: Panda by Triga, Tigre by Beau Graff, Eléphant by Graffixx and the imposing Calao by Diablos. The young artists aim to raise awareness among the youth on environmental protection and especially on the fauna, which play an important role in ecological balance.

King Mow, as an artist, is particularly concerned about desertification and coastal erosion. He produced striking graffiti to raise awareness on these threats. Docta’s creations, on one side of the bridge, draws attention to urban pollution and another of a canoe graffito on the opposite side calls for the sustainable management of marine resources through responsible fishing. The artists presented this mix of powerful messages on environmental degradation due to human activities as well as optimistic messages for a healthy and beautiful world, sustainably-managed by man. The Blue and green planet by Madzoo shows that this pleasant world could be preserved, if we all care for it, as urged with the innovative and brilliantly-drawn Tree-man by EL Memf.

Ecofund invites you to see the artworks, which are interesting and useful in encouraging each passerby to think of nature conservation in his/her daily activities.

Ecofund was, particularly, pleased to be part of the artistic feat because it helps in revealing young talents to the public, and it demonstrates the Senegalese youths’ commitment to change attitudes, detrimental to the environment. The etchings testify to the collaboration between the private sector and associations sharing similar responsibilities and desire to participate in environmental protection. SENAC’s commercial manager, Raissa Fall Diop, who works with graffiti artists, opined that "it is brilliant to use highway infrastructure to convey useful awareness-raising messages on environmental protection to the public". All the participants believe that raising awareness among motorists and pedestrians using the highway will create general awareness. As inquisitive passersby watched the artists at work, motorists honked warmly to salute their initiative. Hopefully, you, too, can join in.

For more information, we invite you to watch the video. Do leave us your comments and tell us what your favorite graffiti are on Facebook after seeing the artworks!

King Mow also left our dedication to you - Our Future is Green! 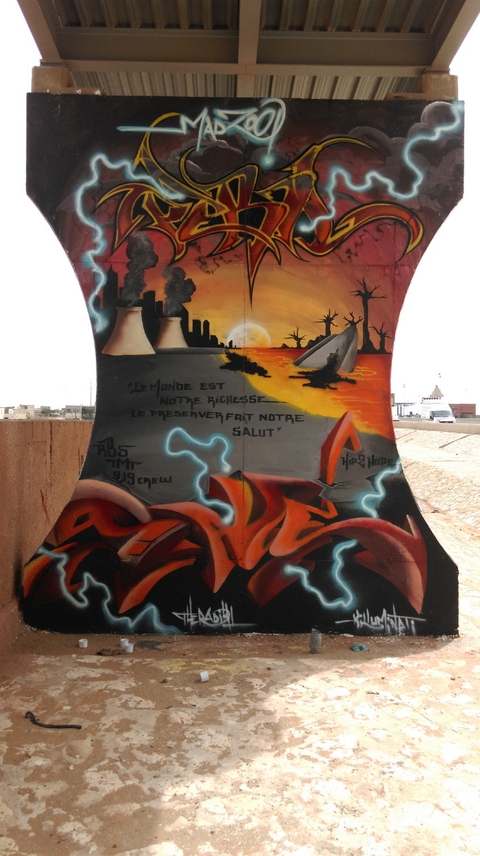 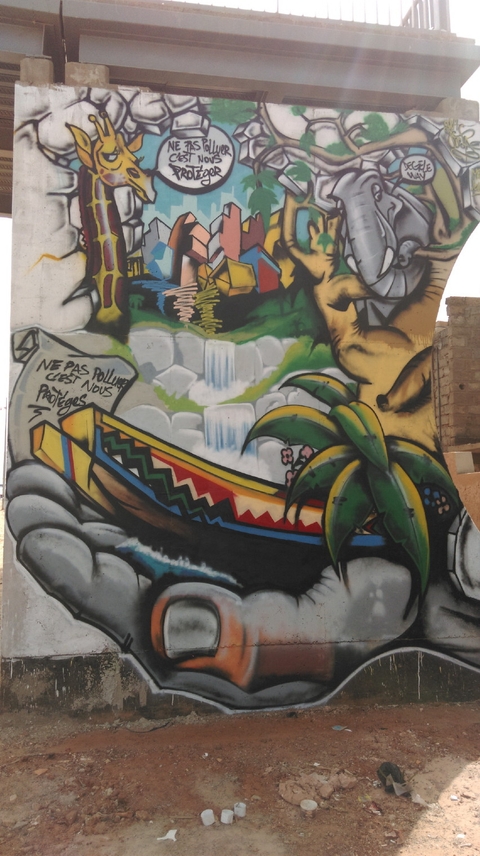 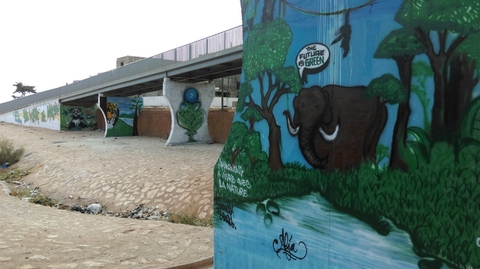 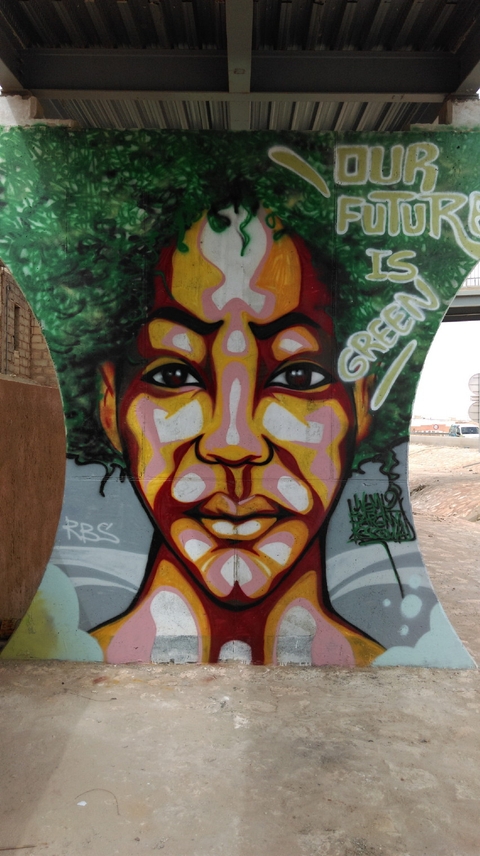 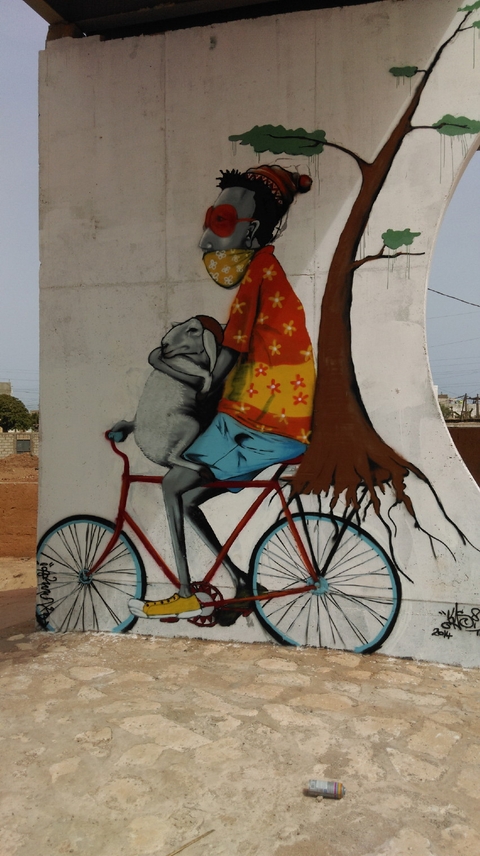