› Home › Green News › Ecoblog › The Tragedy of the Baobabs

The Tragedy of the Baobabs

Legend has it that God, on the last day of the creation of the world, remembering that he forgot to plant the baobab, threw it from the sky.  Ever since, it has become the emblem of Senegal.

Ancient and massive, with its wide trunk and soft wood, the baobab is aesthetically unique, giving the impression of being upside down, its irregular branches stretch like roots toward the sky. Because of its many properties, it is also one of the most useful fruit trees in the Sahel:

- Source of food: All parts of the baobab can be used for food: boiled, the roots and leaves, contain calcium, iron, magnesium and phosphorous. Its highly nutritious seeds, when grilled, can be used to replace coffee.  The fruit, also known as “monkey bread”, contains two times the amount of calcium as milk, and its pulp is a key ingredient for a popular local juice known as bouye.  Most of all, the baobab’s trunk can hold more than 100,000 liters of water, essential for the survival of many nomadic people.

- Therapeutic tree: In traditional medicine, the baobab is used to fight against digestive problems, bouye juice specifically against diarrhea.  Moreover, the leaves are used in an infusion to control malarial fevers.

- Tree of ropes: Comprised of fibrous materials, the barlk can be made into ropes, fabrics, fishing nets, and strings for musical instruments.

- Strong cultural value:  A tree especially symbolic of West Africa, it is also an inexhaustible source of inspiration for painters, musicians and poets, a magical space that represents both hopes and community superstitions. It has also been a tomb for griots, these bards and storytellers who were forbidden to be buried in the earth for fear of polluting the earth’s fecundity.

- An endangered tree: Saint Exupery, in the Petit Prince, said it best: “This was how, on the third day, I learned of the tragedy of the baobab. Severely threatened by intensive agricultural practices, particularly for those who harvest its leaves and fruit, baobabs are also victims of real estate speculation.  This destruction is serious: The rate of forest clearing in West Africa is estimated at 4% annually. At this rate, in 25 years, there will be no baobab left.

In Augustin’s Ecopark, baobabs will be protected and villagers can benefit from their multiple virtues. 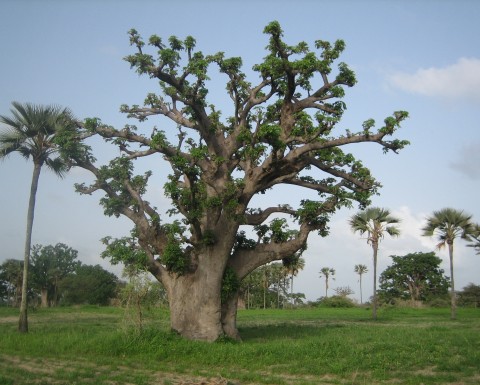 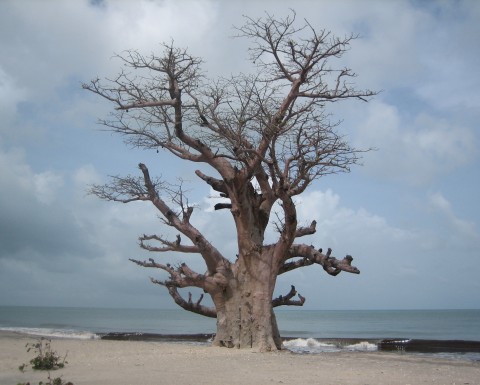