› Home › Green News › Ecoblog › When did you create Oceanium?

When did you create Oceanium?

“I never created Oceanium. One day, in the 1980’s, I met Jean-Michel Kornprobst, a professor at the faculty of science at the University of Dakar, who loved the sea and who had opened an organic marine chemistry laboratory in Senegal. He is the founder of Oceanium.”

In 1975, Jean-Michel Kornprobst realized he needed a diving center for his research, since nothing of that sort yet existed in Senegal. In 1984, he created the Oceanium Club, lodged at first at the Savana, the neighboring hotel. Jean-Michel started all the club’s sporting activities, organizing the first underwater sea hunt Haidar participated in. Oceanium finally found its own space in the former Club des Provinces de France -- the CDPF -- and never moved. Diploma in pocket, Haidar quickly rose to become Oceanium’s Head Instructor, responsible for diving. “A real creature of the sea, more than anyone else,” Jean-Michel Kornprobst says of him.

“Jean-Michel’s passion for research and my passion for the sea made Oceanium what it is today. Jean-Michel shared his knowledge with me. I shared my passion with the divers. I don’t know how, but I have a talent for helping people find their passions. I dove a lot, but I didn’t have my monitoring license before Oceanium sent me to France. It was the Cooperation Française that made me pass the licensing exam there. Only then, could I really take a lot of people diving.

In 1988, I believe, Jean-Michel left. I took over the direction of Oceanium, now become a real diving school. I set about also really earning my livelihood as well. Oceanium became well known. Word of Mouth. Today, we are still well known, but for other things. People come and still dive, but less than before.” Oceanium has trained civil guards, military, firemen, Sea and Forestry agents. Many are those who have learned beside Haidar. A partnership soon developed between Haidar and the firemen. Oceanium is available for them to come and receive free trainings. At that time, Haidar also trained Paris’ diving firemen. 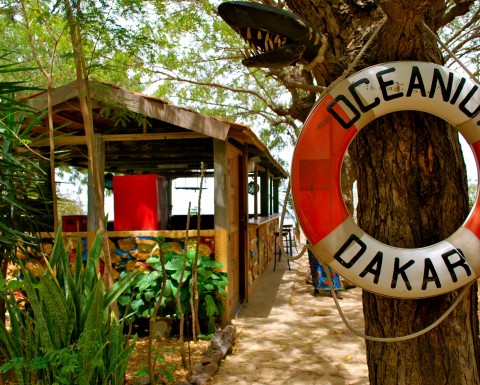