Why did we help create “Casamance Ecoparc”?

Remember: The project idea of Casamance Ecoparc was born from the urgency to protect one of the last green lungs of the region for future generations. Google pictures below from July 2013 help understand the importance of the project: they are showing the deforestation of Casamance in particular of its littoral.

The littoral of the Basse Casamance with its tourists’ sites (Club Med) in Cap Skirring is reputed to be one of the most beautiful of all Senegal. The urban development, even if very modest because of the Casamance rebellion, has led to land speculation (e.g. rice production and private properties for holiday houses) and so contributed to the deforestation of the littoral forest between Kabrousse, Cap Skirring and Boukot. Since the beginning of the rebellion in early 1980s, the National Park of Basse Casamance is not more protected, its fauna and flora has not been officially inventoried. The grey sites on the photos are rice fields.

According to Augustin, if the urbanisation process continues, in few years there the remaining green lungs between these localities will disappear. This destructive process could have already caused the loss of the Ecoparc forest, if Augustin and his association had not initiated the Casamance Ecoparc project. Apart the land speculation and agriculture land pressure (rise production), the forest was endangered by poachers, wild fires and grazing domestic animals (cows, goats), illegal wood coal production.

The Diembering forest is now protected thanks to the creation of the Casamance Ecoparc and thanks to the professional enclosure financed by our Ecofund Community. The fence was manufactured in the capital city of Senegal, in Dakar, by a firm specialized in natural reserve enclosures: First, the fence allows small fauna to circulate but keeps poachers and domestic animals away from uncontrolled penetration of the forest. Second, the fence is made of a galvanized material in order to better resist to the weather conditions in the Casamance, humidity and sea salt.

Google pictures below from July 2013 show the impact of deforestation in the Basse Casamance. 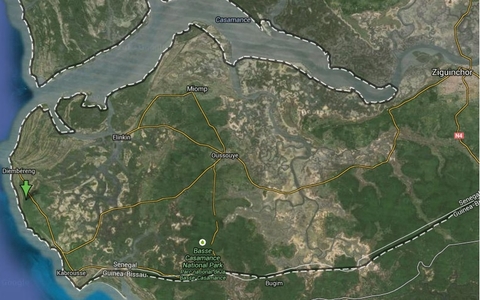 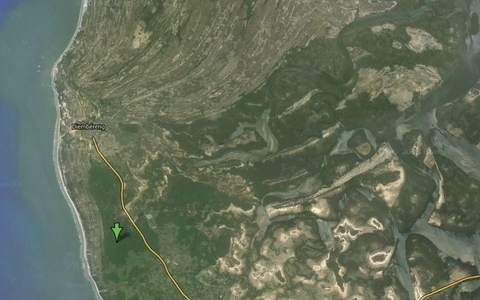 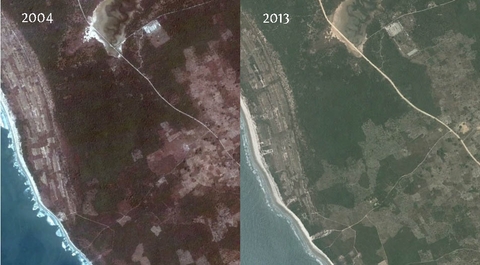 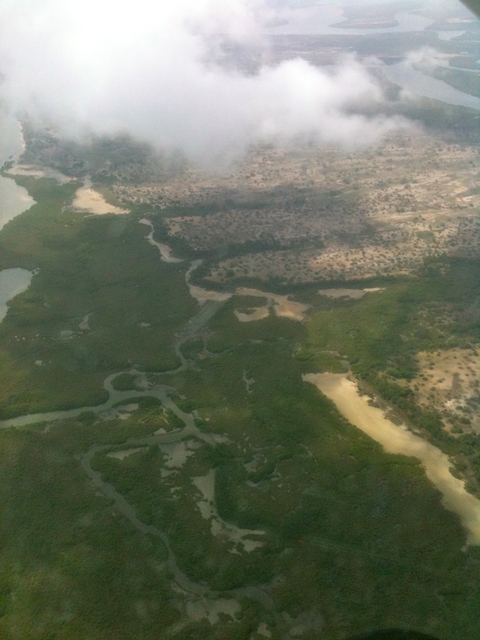